Everyone loves a curry night, no matter whether you're the most highfalutin of all poshos or absolute salt of the earth common folk. Ordering a takeaway is one thing but there's something lovely about going out for a proper meal with your mates, sharing dishes, giving lime pickle 'one more try' and inevitably arguing over the bill.

END_OF_DOCUMENT_TOKEN_TO_BE_REPLACED

All that being said, we - along with the rest of the internet - have absolutely fallen in love with a picture of Tom Cruise casually grabbing a chicken tikka at a local Asha's in Birmingham. He here is posing with the staff who insisted he was so happy with their classic masala that he asked for seconds.

Tom ordered our famous Chicken Tikka Masala and enjoyed it so much that as soon as he had finished, he ordered it all over again - The greatest compliment 😋 pic.twitter.com/gemd7QJUEg

Cruise has been all over the UK filming Mission Impossible 7, with several locations in Birmingham as well as across, Yorkshire, Hertfordshire and Derbyshire. Last week, he was snapped in Birmingham's Grand Central shopping centre and the city's Square Peg Wetherspoons. Yep, even Tom Cruise has eaten at Spoons (and we hope he ordered a Woo-Wo).

Speaking to Birmingham Live, general manager Nouman Farooqui said that he came in and insisted "He wanted a meal just like any other guest and simply wanted to enjoy an authentic Indian meal".

He went on to say that their meal was so low key that not everybody inside Asha's recognised him: "A few diners recognised him but not all. Nobody made a fuss, though when he left people went a little bit crazy". People online certainly enjoyed it. 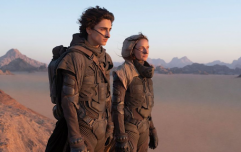 END_OF_DOCUMENT_TOKEN_TO_BE_REPLACED

Naturally, Cruise was said to be more than happy to take a picture with the staff after his satisfying dish with "extra spices". Alright, Tom, we get it: you've got balls - we all know you do the stunts too.

That being said, some people weren't convinced it was him for some reason. To be fair, not many people pull off this level of wholesome, chunky-faced grin but it's definitely him.

When you realise the Tom Cruise you ordered off Wish has fooled the whole of Birmingham. pic.twitter.com/M5G1jIliLN

END_OF_DOCUMENT_TOKEN_TO_BE_REPLACED

The next film in the Mission Impossible series is still set for a 2022 release date but filming certainly seems to be speeding up having resumed following lockdown. Just yesterday, the crew filmed a train crash sequence at a quarry in Stoney Middleton. No, he wasn't driving the train but I'm sure there's plenty of mad stunts for the 58-year-old to get stuck into.