Truly, the greatest televisual moment of 2016

On 10th January 2016, the housemates' seventh day in the Celebrity Big Brother house, Angie Bowie found out that her ex-husband David Bowie had passed away.

It was an upsetting time for Angie, slightly heightened by the fact that the first person she encountered upon hearing the news was Tiffany 'New York' Pollard.

It's not far off the third anniversary of this interaction, so let's remind ourselves of the spectacle that it was.

As with all pieces of Shakespearean drama, it's important that we break it down into digestible acts and scenes, so that we can better make sense of it all.

Act I, Scene I - The News Breaks


Tiffany asks Angie if she's okay. Visibly, she isn't, so Tiffany invites her to move towards the couch for some privacy. Angie secures Tiffany's word that she won't tell anyone, then informs her that "David is dead". Tiffany, assuming that Angie Bowie, former wife of David Bowie, is referring to their fellow housemate whom she has just seen moments ago, David Gest, erupts into hysterics. 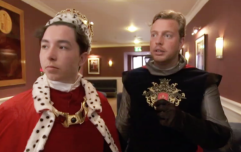 END_OF_DOCUMENT_TOKEN_TO_BE_REPLACED

The screams are piercing, with Tiffany's weeping akin to that of a woman who is entering the most pivotal part of labour. Angie cradles her in an attempt to stifle the noise, which drives her further into distress. The other CBB housemates, all of whom are alive, query what is transpiring in the living room to cause such a racket, but remain safely in the confines of the smoking area outside.

After Tiffany's descent into unbridled hysterics, Angie doesn't question whether they're both on the same page, and why would she? Everyone loved David Bowie. Unfortunately, this reluctance on Angie's part is the main flaw in the whole interaction that provides the crux for such televisual gold. Angie accepts Tiffany's over the top reaction and does her best to comfort her, while also keeping things quiet enough to prevent interest arousing from their fellow housemates.

Tiffany very quickly reaches the first stage of grief - denial. She asks whether Angie is lying or making some kind of joke, to which Angie very quickly shuts down the line of inquiry. Angie is still trying to process her own feelings on the matter, she doesn't have time to entertain the possibility that she could or would craft such a heinous joke. 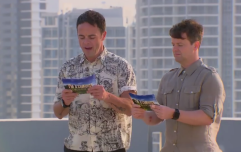 END_OF_DOCUMENT_TOKEN_TO_BE_REPLACED

Once Angie has made it abundantly clear that David has died, Tiffany turns to logistics. She wants to know when it happened and how. Angie provides the details, all of which seems perfectly plausible regardless of which David they're both thinking about. Angie begs Tiffany to stay calm, which wouldn't have been a bad request before the news emerged and also immediately after she delivered it. She quickly learns that asking Tiffany Pollard to be quiet is the same as popping a balloon while asking it not to make a sound.

Tiffany returns to her trademark hysterics, mentions informing the other housemates and then announces that she needs a drink. Meanwhile, the other CBB contestants are sitting outside trying to ascertain the source of the yelps they've just overheard. We are witnessing a pot of boiling water about to spill over, all cultivated by Angie and Tiffany who are both grieving the death of two very different people.

Act II, Scene I - Informing The Others

Having just given Angie her word that she wouldn't tell anyone, Tiffany rushes outside to tell the rest of the housemates. She prefaces it with "She told me something and I have to say it", which is a perfectly acceptable way to justify breaking someone's trust when you make a promise.

Darren Day, Christopher Maloney and Danniella Westbrook all react badly to the news, mostly questioning whether it's a joke or not. Angie overhears the amounting hysteria outside and rushes to deal with the situation yet again. At the same time, the housemates that Tiffany just informed of David's death run to the bedroom to confirm the news. Angie, who is trying to process the death of her ex-husband, is now faced with another unfolding situation to address. 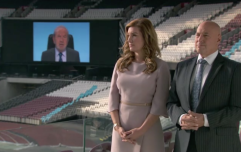 END_OF_DOCUMENT_TOKEN_TO_BE_REPLACED

The housemates rush to the bedroom where they discover that David Gest is indeed alive and well. Upon confirming David's wellbeing, Tiffany decides to level up her melodramatic performance by loudly querying why Angie would lie about David being dead. At no point does it occur to her that there could potentially be a huge misunderstanding taking place because logically nobody would ever pretend that someone was dead for no reason.

For a viewer, this scene is outstanding to watch unfold. The whole thing would've been completely unavoidable if Angie had simply provided a surname to identify which David had passed away, or alternatively she could've confided in a more subdued housemate than Tiffany 'New York' Pollard. Tiffany's emotions, as is common knowledge, are eternally in a heightened state, so perhaps she was a poor choice of confidante.

The gentlemen of the house decide to restrain Tiffany during her moment of rage. It's a clever move to isolate both her and Angie until they can determine precisely what is unfolding. Tiffany continues to express her rage at the situation by using such eloquent terms as "That shit is not funny" and "Why would she do that?".

As the situation is beginning to diffuse, Danniella and Stephanie are put on AngieWatch™ to prevent her from aggravating Tiffany further. Personally, my favourite scene of the whole altercation goes to the above image, whereby Tiffany is being manhandled to safety while Angie watches from the window, understandably perplexed as to why nobody has offered their condolences to her yet.

Danniella is the first person to hear Angie clarify that the David she is referring to is David Bowie. Once again, Angie is denied any condolences as Danniella responds to this vital information with a heartfelt "Okay let me calm the situation down" and then rushes outside to inform the masses. The grieving woman continues to go without comforting.

At this point, Angie is distraught. She rushes to the diary room to unleash her frustration with the situation that has arisen. It's impossible not to feel for her. Angie confided in Tiffany who took a minimal amount of information and literally ran with it outside to cause a scene. Nobody wanted this to happen, except maybe the CBB producers because the video has over 2 million views on YouTube at present.

When Tiffany is informed that it is indeed David Bowie who has passed away, she somehow manages to turn this new piece of information into a narrative that affects her. Tiffany alleges that she asked Angie if it was David Gest and she confirmed that it was. Having watched the footage upwards of 800 times, I can confidently say that she asked no such question.


The housemates continue to tend to poor Tiffany who has been through quite an ordeal, not as much as a woman who has just found out that her ex-husband, a national treasure, has died, but an ordeal none the less. They pander to her outburst and somehow turn Angie into the villain in this situation, with Tiffany refusing to believe that anyone has died. Truly, celebrities are the very worst of us.

John, clearly the only sane person in the house, heroically emerges prematurely from his morning shower to diffuse the situation with a very simple and eloquent sentence, telling Tiffany that she has "got the name wrong". A weighted silence falls upon the CBB house at this point as they all try to individually process the information that has befallen them.

Tiffany offers up one last argument saying "She said that he dropped dead of cancer", which John confirms to be true, albeit in regard to a different David. David Bowie. Tiffany then attempts to retort with "She...", but stops herself as the realisation hits her that the whole situation has been a massive misunderstanding. At this point, damage control visibly enters Tiffany's mind as she thinks very carefully about her next move in a house with hundreds of cameras recording at all times.


The CBB garden descends into total silence and you could hear a pin fart. Tiffany positions herself at half mast beside a wall to aid her processing of this entire spectacle. Meanwhile, Angie is in the diary room alone bereaving the death of her former husband, slightly perturbed that she stupidly confided in the worst person in the house.

The greatest televisual sequence of 2016 ends with the above image of Tiffany Pollard contemplating any number of things, none of which is likely to be her remorse for making an already upset woman feel even worse. Truly, if they never make another series of CBB, it doesn't matter. The producers achieved something truly special with this particular series, the likes of which will never be seen again.