Parker is survived by his wife and two kids

Max George has paid tribute to his The Wanted bandmate Tom Parker, who sadly passed away on Wednesday following his battle with brain cancer. 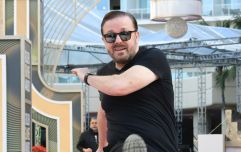 END_OF_DOCUMENT_TOKEN_TO_BE_REPLACED

Tom Parker was 32 when he died, reportedly to Oasis as he had requested. While celebrity tributes immediately poured in, fans awaited a response from Parker's bandmates. 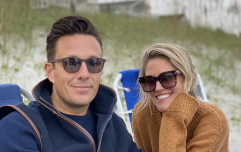 END_OF_DOCUMENT_TOKEN_TO_BE_REPLACED

"Tom, my brother, my boy, my band mate, my best bud.. You lit up so many lives all over the world but I can only speak on behalf of mine," he wrote. "From the minute I met you, I knew this was gonna be a special chapter in my life. I was right."

He continued: "We did everything together, some amazing things, some outrageous things. Im so proud of what we achieved as band mates and as brothers. I'm also proud that I was there the night you met Kels. I remember saying to you, 'you like her don't you?'.. to which you replied, 'bro, like you wouldn't believe'. You two really are like peas and carrots. 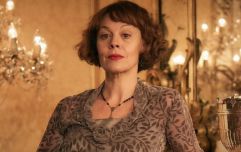 END_OF_DOCUMENT_TOKEN_TO_BE_REPLACED

"Thank you for choosing me as your friend. It was an honour from day one. I'm so grateful I was with you until the very end. The courage and dignity I have witnessed over the last few months surpassed the lion I already knew you were."

George spoke on the "huge hole" left in his life but spoke of the hope in the form of "your two beautiful babies, your wonderful wife, our music, your fans and in my heart."

He concluded: "I'm heartbroken beyond words right now and I cannot even begin to imagine what the future holds without you, but whatever I do going forward, even on my darkest days, I can always smile and say, 'I shared the stage with Tom Parker.

"I am going to miss you so much. I love you mate. Always. George."

popular
Incredible case of the only known individual whose parents were two different species
TikTokers are utterly convinced there is a secret zombie apocalypse going on in China right now
Darius Danesh opened up about his health struggles before his tragic death aged 41
Pop Idol star Darius Danesh found dead aged 41
Jamie Foxx and Snoop Dogg's vampire movie surges to the top of Netflix charts
People are sharing 'evidence' that history's biggest event was staged by humans
Darius Danesh pictured with Gerard Butler before his death
You may also like
Life
Family of Tom Mann's late fiancée heartbroken after losing 'the beating heart of our family'
Music
Ed Sheeran breaks silence on 'loss of brother' following Jamal Edwards' sudden death
Entertainment
Chelsea pay tribute to SBTV's Jamal Edwards after tragic death at 31
Entertainment
The Valentino Rossi Special airs on BT this evening
News
Ava White: Tributes to ‘unique and bubbly’ 12-year-old ‘murdered by a group of boys’
Next Page