Jeremy Clarkson's new Amazon Prime show 'The Grand Tour' has been downloaded illegally more than any other programme, reports suggest.

Figures from piracy data analysts MUSO, published by the Mail on Sunday, indicate that the first three episodes of the motoring show have been the subject of a combined 18.9m illegal downloads, with 13.7% of the total originating in the UK.

'The Grand Tour' reportedly costs several millions per episode to make, and encouraged a number of 'Top Gear' fans to fork out for Amazon subscriptions to get their fill of Clarkson, Richard Hammond and James May.

And, while the illegal download figures have reportedly been high, the number of legal downloads has also been through the roof according to the streaming service, who claim it has broken records 'around the world'.

A 5 tonne mud car. It's sure to be a success James. Stream episode 4 of #TheGrandTour on Amazon Prime Video now. pic.twitter.com/WM1umB1zRy


Amazon Prime video costs subscribers £79 per year, and also includes shows such as 'Westworld', 'The Walking Dead' and 'The Missing'. 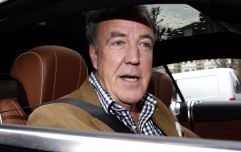 END_OF_DOCUMENT_TOKEN_TO_BE_REPLACED

'The Grand Tour' has a rating of 9.4/10 at the time of writing, suggesting diehard fans of Clarkson et al's previous work have already warmed to the new project.

Filming has finished on the first series, with the final episode due to come to the streaming service early next year.


popular
Can you guess which countries these beers are from?
QUIZ: Can you guess the 90s children’s TV show from the character or presenter?
You simply won't get full marks in our international football crest quiz
Real Madrid post 45-word farewell to four-time Champions League winner Gareth Bale
The Mountain explains how he's been dieting to lose 36kg for Eddie Hall fight
QUIZ: Can you name the 5 Liverpool players in 15 seconds?
QUIZ: Can you guess the restaurant from their chips?