The Chase’s Mark Labbett has lost 10 stone in lockdown

Known as 'The Beast', The Chase's brainy big-man has lost ten stone

We've all gone one of two ways during lockdown: eat your weight in comfort food or get fit by swapping the pints for Zumba in front of the telly. Either way, a lot of us look different since we've been permanently behind closed doors. 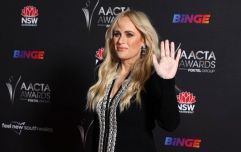 END_OF_DOCUMENT_TOKEN_TO_BE_REPLACED

One man who opted for the latter is Mark Labbett, who most of you will know as 'The Beast' on ITV's The Chase. Labbett was the very first chaser when the show aired back in 2009 and now appears on both the British and Australian versions.

A favourite among fans of the show, Labbett was known for his both large IQ (151, to be specific) and his large size. Aside from his weight, Labbett stands at six feet seven inches tall - he quite literally looms over contestants as they play.

While many may assume this is why he was given the name, 'The Beast' - The Chase's nicknames having been called into question as of late - it's actually a very clever play on words. 'The Beast' translates to 'la bête' in French - i.e. Labbett. A cleverly conceived moniker for a very clever man.

Now, though, Labbett has dropped over ten stone during lockdown and while he once had to buy bespoke XXXXL clothing, he is now able to buy off the peg. This is thanks to his new two-meal-a-day regime, daily walks and determination. He shared this picture with his followers. 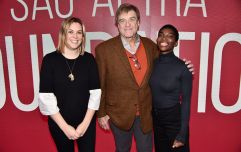 END_OF_DOCUMENT_TOKEN_TO_BE_REPLACED

Labbett was diagnosed with type 2 diabetes back in 2016 and aside from having to reduce his sugar intake, he has been working towards better fitness goals ever since. At his heaviest, he was 29 stone in 2003, when he was still working as a teacher; now he is 19 stone: "the lightest I’ve been in 25 years".

Labbett also believes he suffered from Covid in the past year, which may have contributed to triggering some of his more immediate weight loss. Nevertheless, it's clear that hard work has gone into his transformation. While his IQ will likely keeping going up, the lbs are dropping off.

popular
Runner finishes last in 400m race as penis keeps falling out of shorts
Inbetweeners star Joe Thomas has been in a relationship with his co-star for over 10 years
Massive piece of Elon Musk's spacecraft lands on farmer's property and could make him very rich
Teacher's sex abuse sentence delayed after she gives birth
Tourists left 'squealing' as thousands of venomous crabs invade UK beach
Karen's Diner apologises after waiter called customer a 'pedo' and an ‘OnlyFans tart’
Woman almost died during sex when orgasm popped aorta
You may also like
Social Media
Woman explains how she suffers from ‘hourglass syndrome’. Yes, it is a real thing
Fitness & Health
Weight-loss jab now available at Boots and Lloyds Pharmacy
News
Kim Jong-un 'lost so much weight as Covid stops him importing cheese'
Fitness & Health
Tyson Fury's comments on nutrition labelled 'confusing' and 'strange'
Life
Shaquille O'Neill shows incredible body transformation and 'first six-pack for 30 years'
Next Page