Sylvester Stallone has been accused of sexually assaulting a teenager

Sylvester Stallone is the latest to be accused of sexual assault.

The star allegedly tried to assault a 16-year-old girl while he was filming a movie in Las Vegas in the late 1980s. 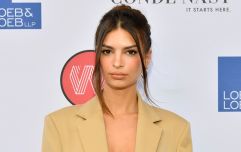 END_OF_DOCUMENT_TOKEN_TO_BE_REPLACED

Apparently, the teenager had sex with Stallone, and then when he urged Mike to join them, she became "uncomfortable."

Retired Las Vegas metro police department detective sergeant John Samolovitch told the publication "the copy of the police report is in fact a true copy of the original report."

A spokesperson for Sylvester said: "This is a ridiculous, categorically false story. No one was ever aware of this story until it was published today, including Mr. Stallone.

"At no time was Mr. Stallone ever contacted by any authorities or anyone else regarding this matter."

popular
Insulate Britain demand motorway speed limit reduction to 10 MPH
Jack Grealish donates £5k towards fundraiser for woman who died in Merseyside car accident
'Can I get my coat?' Chilling arrest footage of woman on trial for stabbing husband
Everton footballer has bail suspended until January
Woman starts driving over Insulate Britain protestor in furious standoff
18 months on, Liverpool vs Atletico Madrid from the fans who were at Anfield that night
NHS doctor facing deportation because 'she can't speak English'
You may also like
News
US train passengers used phone 'to record rape', according to authorities
News
Prince Andrew 'worried' after High Court decision and 'not usual blasé self', according to reports
News
Alanis Morissette claims she was raped by multiple men when she was 15
Life
One of the world's most wanted paedophiles arrested after 14 years on the run
News
Benjamin Mendy denied bail after being charged with four counts of rape
Next Page