The Spotify commercial, styled to look like a trailer for a horror movie, featured a group of young people repeatedly listening to “Havana” by Camila Cabello. Every time they played it, a creepy doll would come to life and start to hunt them down. 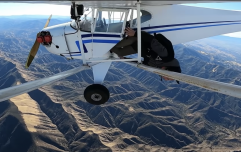 END_OF_DOCUMENT_TOKEN_TO_BE_REPLACED

It ended with the tagline “Killer songs you can’t resist”.

Here is the advert, if you think you are brave enough...

The advert ran on YouTube during June of this year. END_OF_DOCUMENT_TOKEN_TO_BE_REPLACED

A complaint had been made that the spot had caused distress to a child, and was shown on a channel that children were likely to watch.

The ASA upheld the complaint in part.

“The fact that the ad was set inside a home, including a bedtime setting, and featured a doll, meant it was particularly likely to cause distress to children who saw it,” said the ASA in its ruling.

They also stated that not enough was done to make it clear that it wasn’t really a trailer for a scary movie.

END_OF_DOCUMENT_TOKEN_TO_BE_REPLACED

“We acknowledge the ruling from the ASA and regret any distress the ad may have caused the complainant,” said Spotify in a statement.

The ASA have also banned an advert for breast enlargement surgery, which ran during this year's series of Love Island.