Rick and Morty have launched a never before seen trailer of its live-action version featuring none other than Back to the Future's Christopher Lloyd. 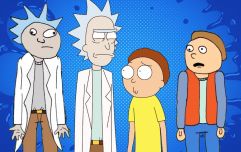 END_OF_DOCUMENT_TOKEN_TO_BE_REPLACED

A short clip released on Twitter on September 3 shows Lloyd take up the Sanchez mantle alongside his grandson Morty, portrayed here by Knives Out and It's actor Jaeden Martell. Funnily enough, Rick Sanchez was originally based on Doc from the Back to the Future Franchise.

The two actors are seen hopping out of a portal in a real-life replica of Rick's garage, but no one knows what this means for the future of the franchise. 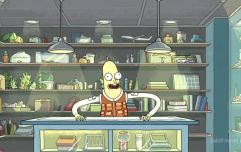 END_OF_DOCUMENT_TOKEN_TO_BE_REPLACED

The video's caption reads 'C-132' which could suggest this is another universe in the Rick and Story world. So could this live-action shot just be a cameo? Is the next season fully live-action? Well, your guess is as good as anyone's right now.

"I don't follow it closely, but I've seen a few episodes and I gotta tell you, I think it's a lot of fun. I know it's some kind of parody of Doc and Marty," Lloyd told the Phoenix Times in 2018.

"I’d like to, of course. I think it’s really fun," he said when asked if he'd like to join the show. 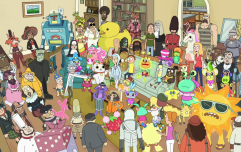 END_OF_DOCUMENT_TOKEN_TO_BE_REPLACED

With 33k retweets and 146k likes, this teaser has clearly got the fans talking, here's what they had to say.

"LITERALLY THE PERFECT PERSON FOR THIS!," tweeted a fan.

"There’s something always cool and fun about seeing a series that started as a parody of inspired by one thing come full circle" tweeted another.