People think that The Simpsons has predicted the World Cup final

Most famously, the show 'predicted' that Donald Trump would become president of the United States of America.

END_OF_DOCUMENT_TOKEN_TO_BE_REPLACED

But then there was the closure of Toys R Us. And the Winter Olympics. And even celebrity deaths.

It’s almost as if, that if a show runs as long as The Simpsons has, there will be so much content there that you can tenuously point to a lot of stuff and twist it to claim Matt Groening is some time travelling Nostradamus or something. If you make 639 episodes of anything, you are bound to have a few spooky coincidences. It’s an ‘infinite monkeys at infinite typewriters situation’.

But the latest prediction – well, that goes much further. People think it has predicted something that hasn’t even happened yet. Sigh. Yeah. We know.

Apparently, The Simpsons predicted what will be the eventual World Cup final: Mexico vs Portugal.

The scene is from the 1997 episode ‘The Cartridge Family’, the one where Homer buys a gun. That one famously opens with the writer’s very American take on football, and the notorious scene where all the players just stand still and pass the ball between each other. 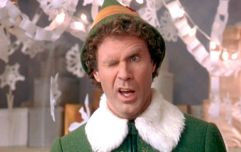 END_OF_DOCUMENT_TOKEN_TO_BE_REPLACED

The residents of Springfield are told to “Open wide for some soccer”, and go see the match to decide “Which nation is the greatest on earth: Mexico or Portugal”.

And yes, the way the knockouts line up, Portugal and Mexico could still face off in the final.

It was first spotted by Portuguese newspaper Eco, who got quite excited by it.

And then everyone else started to run with it.

Mexico and Portugal fans are wondering if they're destined to reach this year's World Cup final - because of a Simpsons episode from 1997.

The Simpsons in the season 9 (1997) predicted a football final between Portugal and México!! Wow.. I frankly can't stop myself from believing in this 'cause the cartoon had such an impressive history of valid predictions and connotations. pic.twitter.com/lMyqVVUN7C

The simpsons predicted that Mexico would make it to the World Cup final. I trust this outcome.

It makes sense though – Cristano Ronaldo only missed that penalty against Iran to fulfil the prophecy.

😂😂😂 So C.Ronaldo missed the penalty intentionally so as to follow the prediction of Simpsons

Look, at this point, we can use The Simpsons to predict literally anything. For instance, in ‘Treehouse of Horror III’, the sentient Krusty doll says the words “Coming home”.

popular
Harrowing video shows teen blasted in the face with shotgun - and survive
Scotland international rugby star Siobhan Cattigan dies aged 26
Mum accidentally lists baby for sale and says she needs it 'gone today'
Terrifying footage shows drunk woman who fell asleep at the wheel speed off at 100mph
Woman wins millions after suing mum's GP for allowing her to be born
Borussia Dortmund cancel 67,000 tickets for upcoming match against Bayern Munich
Elon Musk shares 'evidence' we are actually living in a simulation
You may also like
Sport
QUIZ: Can you name every country to have played in a World Cup final?
Sport
Five years on, Germany's demolition of Brazil in the World Cup remains as brutal as ever
Sport
The new Colombia shirt has been leaked, and it's even better than their last one
Sport
The Big Fat Football Quiz of 2018
Sport
What a year it's been for football - here are JOE's 2018 highlights
Next Page