Original Pirate Material: We rank the Top 10 songs by The Streets

"You're listening to The Streets, lock down your aerial."

This week sees the triumphant return of The Streets to London as Mike Skinner kicks off the first of three dates at the 02 Academy Brixton tonight. 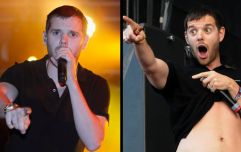 END_OF_DOCUMENT_TOKEN_TO_BE_REPLACED

It's probably no surprise to learn that tickets for the April tour, titled The Darker the Shadow the Brighter the Light, sold out in a matter of minutes when they went on sale late last year. So if you were lucky enough to be someone who got their hands on one then go forth and be happy, it sounds like you're in for one hell of a night if the response to the opening tour dates is anything to go by.

For those that didn't get tickets, perhaps a trip down memory lane revisiting some of the group's best records might console you... or not.

The Hardest Way to Make an Easy Living is probably the toughest listen of The Streets' back catalogue. The production often failed to marry Skinner's lyrical delivery and the content lacked the same soul that made the group's earlier work so relatable. However, standing out like a sore thumb was Mike Skinner's tribute to his father, "Never Went To Church". Dealing with death the best way he knows how - not really addressing it head on and just getting straight back into his work - this is the type of realness and humane honesty that made us fall in love with The Streets in the first place.

"Wouldn't Have It Any Other Way" is a story of internal growth that separates man from boy. As men we all get to a point in our lives where running the streets with our mates gets old. There's more to life than going out every weekend getting blind drunk and acting a fool. This sudden realisation kicks in when staying home with a loved one becomes a more attractive option. Skinner's concept album A Grand Don't Come For Free is the perfect home for the song as it perfectly toes the line between real life and fictional tale leaving you constantly questioning how much Skinner is actually drawing from his own experiences. 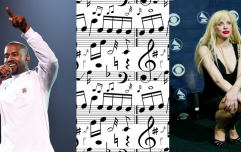 END_OF_DOCUMENT_TOKEN_TO_BE_REPLACED

It's all about dreaming big on "The Escapist". No matter where you are in life you can will yourself somewhere else. Hard work, persistence, and imagination make everything possible. "All these walls were really never there/ Nor the ceiling or the chair." While Skinner might appear to be surrounded by four walls in a dingy room somewhere, on the song he paints a picture of greenery, oceans and clear skies that represent freedom. Purposely positioned as the final track on the Everything Is Borrowed album, Skinner ends the record by saying: "So done." While one could say the dream was over - if you were following the song's main narrative that is - at the time is also felt like the final goodbye from The Streets, their bow out if you will. But fortunately for us it wasn't. 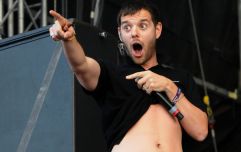 The Streets have just released more tickets for their UK tour

END_OF_DOCUMENT_TOKEN_TO_BE_REPLACED

"On The Edge Of A Cliff" is the most profound song in The Streets' back catalogue. Inspiring hope amongst those battling with life and its many obstacles, you can either interpret it as someone struggling with mental health or someone looking to end it all by literally jumping off the edge of a cliff. In fact you could probably interpret it in many other ways too, that's its appeal. It's offering medicine for whatever your pain may be. Listening to it now, 10 years after its original release, makes you realise that from both a production and lyrical standpoint it's a Chance The Rapper song before Chance The Rapper.

The synths are what really drives this one home. And while the subject matter on it is actually quite a sombre one - a relationship plagued by constant disappointment - the song's instrumental proves quite freeing. Granted, at times the backdrop on "It's Too Late" sounds like someone crying on a beat, but for the most part it inspires a realisation that letting go might be the best option. Freedom is often the light at the end of the tunnel unrealised until someone else makes the first move. So for the lyrical content to focus on the deconstruction of a relationship caused by Skinner letting someone down repeatedly makes this one of The Streets' most natural offerings.

Taken from The Streets' final album Computers and Blues, "Trust Me" is Mike Skinner stepping out of his comfort zone. An incredible moment to behold, his lyrical flow graduates from that of a street poet to one that sounds more like a rapper. Spitting over a slice of production that could have so easily been orchestrated by Nile Rodgers (pre-Daft Punk), the song feels like a night out at a Gilles Peterson party complete with chequered dance floor and Northern Soul dancers throwing down. If there was only one thing you were allowed to like about this song I bet many would choose the lyrics: "I see Alice in Wonderland/ I see malice in Sunderland." Genius!

Like the mesmerising piano loop and repeating lyrics: "And we all smile/ And we all sing; we all sing, sing," life keeps on moving, we just get older. While "Weak Become Heroes" is a nod to UK rave culture and about celebrating its originators, it has a deeper meaning. It's an example of how some of us can lose ourselves in a moment. We can get lost standing still. In the blink of an eye five years can pass and we haven't achieved a thing. Playing like a prequel to "Blinded By The Lights", the floating soundscape is a thing of unparalleled beauty, if it's not the piano then it's the muffled bassline that puts you in a trance, one you never want to end.

Built on a contrast of emotions, "Dry Your Eyes" is both a pick-me-up and a sorrowful breakup song designed to pluck at the heartstrings of its listener. One of the first songs by The Streets to do away with electronic backdrops, instead opting for sweeping strings and an acoustic guitar, the conversation between Skinner and a mate, who gives him the "plenty more fish in the sea" speech, is refreshingly relatable. Offering an alternative to the aggressive lashing out that can come from a bruised male ego, Skinner wears his heart on his sleeve and tells the desperate things some men will do just to keep themselves in a situation that at the core might not actually be that good for them. "Dry Your Eyes" was also the moment your parents started listening to The Streets.

This could so easily have been number one. Probably the most recognisable song by The Streets, "Has It Come To This?" was the beginning of a new wave of music sweeping the commercial airwaves. A mashup of garage, jungle, Hip Hop and poetry, it came just one year before Dizzee Rascal released his genre-defining debut Boy In Da Corner that put grime on the map, and there's absolutely no question that "Has It Come To This?" and its respective album, Original Pirate Material, influenced it in a huge way. Birthing a string of DIY artists such as Jamie T, and later on Childish Gambino, Mike Skinner broke down barriers and proved you really could do it all on your own.

The best way to describe "Blinded By The Lights" is cinematic. It feels like you're listening to an audio representation of Irvine Welsh's Trainspotting. Not only the stand out moment on arguably The Streets' greatest album, A Grand Don't Come For Free, the song is an anthem - a badge of honour if you will - for late nineties/early 2000s ravers who might have dabbled in a pill or two. There aren't many other songs that captures the highs and lows of a chemically-induced trip like this one. Euphoric from the song's very first chords, Mike Skinner's words sink into the beat like a sumo wrestler on a bed of marshmallows and it leaves you wanting more.

popular
Pizza Hut customer outraged over 'sexual' ketchup label that reads 'shake, squeeze and squirt'
How did Brian Laundrie’s parents find his remains in a few hours?
The JOE Friday Pub Quiz: Week 266
St James' Park to get new name under Newcastle new owners
Taliban 'behead junior volleyball player and post photos of her head on social media', report says
Liverpool to hold AFCON talks in attempt to reduce player absences
Alec Baldwin asked 'why was I handed a loaded gun?' after fatal on-set shooting
You may also like
Music
This mash-up of Scott Parker and The Streets is a work of art
Music
The Streets to make first festival appearance in eight years as Parklife headliners
Music
The Streets' Mike Skinner dislocates shoulder after crowdsurfing at homecoming gig
Music
The Streets release new single "Call Me in the Morning"
Music
Estelle: "America is talking about UK music in a way it never has before"
Next Page