Ever since HBO's documentary Leaving Neverland aired a few months back, the reactions have continued to be felt, from the follow-up hour-long interview hosted by Oprah Winfrey, to the effect that the documentary has had on Jackson's album sales.

END_OF_DOCUMENT_TOKEN_TO_BE_REPLACED

The latest addition to the controversy comes in the form of a new 30-minute documentary Neverland Firsthand, which was directed by journalist Liam McEwan.

It features interviews with Michael Jackson's niece Brandi, who dated Wade Robson (one of the two primary accusers in Leaving Neverland) for over seven years, and in this documentary, refers to him as "a bit of an opportunist. He knows how to position himself in different situations that will benefit him in a financial way. Once other jobs weren’t coming through, this was his next outlet."

The documentary also features interviews with Jackson's technical director Brad Sandberg, who states that "Not in a million years did I ever see a child around Michael Jackson that looked like they had been distressed, hurt, or abused."

As per the description of the documentary, "Neverland Firsthand: Investigating the Michael Jackson Documentary is a mini-documentary which further explores allegations made in HBO's Leaving Neverland, that the King of Pop sexually abused two young boys. 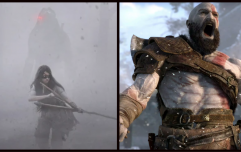 END_OF_DOCUMENT_TOKEN_TO_BE_REPLACED

"Through interviews with those closest to the situation, as well as members of Jackson’s family, the film sheds light on information that was excluded from HBO’s broadcast. Sexual violence is never to be taken lightly. This film was not made to degrade victims or devalue their statements."

You can watch the full 30-minute documentary here: