You can see it, and that's the problem

We like John Cena here at JOE. He seems a good dude.

END_OF_DOCUMENT_TOKEN_TO_BE_REPLACED

Big Match John may have enjoyed something of a reign of terror during his run as WWE's top dog, emulating Hulk Hogan as he overcame every single possible obstacle put in front of him.

It all got a bit boring, despite Cena's gradual improvement as a wrestler and undeniable star quality.

He wound down in recent years due to wear and tear and a blossoming movie career, and you suddenly found yourself missing the big lug.

END_OF_DOCUMENT_TOKEN_TO_BE_REPLACED

He was present for the Greatest Royal Rumble in Saudi Arabia - one of WWE's more questionable recent moves - and now he's popped up in Australia for another glorified house show; Super Show-Down.

Cena teamed up with Bobby Lashley to take down the villainous pair of Kevin Owens and Elias in a match that has been described as "nothing really special", which should indicate just how hard the crew are working down under.

After the match, Cena grabbed the mic and said that WWE will always be his home and he'll never forget where he came from.

All very straightforward, but the real story here is his new haircut... 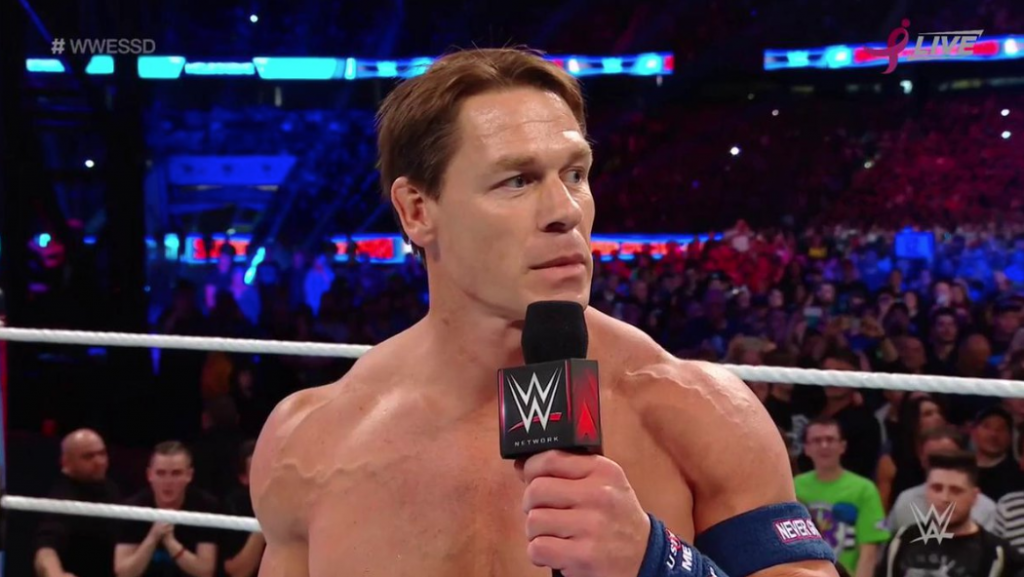 END_OF_DOCUMENT_TOKEN_TO_BE_REPLACED

John isn't a man to really mix things up, you see.

The man has committed to a military buzz cut for pretty much as long as we've known him as an on-screen entity, so the above is... concerning, to say the least.

No disrespect, of course, it's a fine head of hair and John is a handsome devil if you're into the whole 'Mark Wahlberg but extreme bodybuilding' thing but... yeah.

Social media, as you might expect, quickly weighed in on the situation.

Good to see John Cena and his totally not a midlife crisis hair at Wwe super showdown #wwessd pic.twitter.com/thBSHglCJl

The demands of signing up to the Transformers franchise in full, flowing effect.