Game of Thrones: The trailer for The Battle of Winterfell is epic as The Great War begins

The biggest battle in film and TV history.

After the season premiere introduced the key players, the most recent Game of Thrones episode felt like the calm before the storm as the dramatic stakes were raised.

However, as Jon Snow said: "The Long Night is coming and the dead come with it". Well, it's nearly here.

Oh yes, the biggest battle in the history of TV and film is happening and here's a deep dive on what to expect next Sunday.

We've also provided a shot-by-shot breakdown of the key moments.


We also presume that the catapults are going to propel dragonglass boulders.

The last episode had an awful lot of foreshadowing about Grey Worm's future with Missandei. Note to self, never make romantic plans ahead of a battle against the army of the dead.

Despite being told the bombshell that Jon is her nephew and the true heir to the Iron Throne, both leaders are standing side-by-side.


Will their relationship stand though?

Arya on the battlements 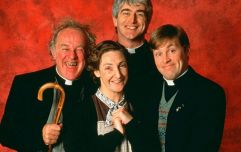 END_OF_DOCUMENT_TOKEN_TO_BE_REPLACED

A lot of the original trailer showed Arya fleeing from something/someone in the corridors of Winterfell. She's also seen fighting in the Winterfell crypts.

Aside from this, there's various shots we also saw in the trailer - Ser Davos on the ramparts, Varys in the crypts, Jon in battle, and Theon fighting for Winterfell.

What's interesting is that Theon said he'd be stationed in the Godswood protecting Bran.

Perhaps this is the last line of defence for the Three-Eyed Raven?

The Night King's dragon makes an appearance in the trailer but is he definitely at Winterfell?

"The dead are already here"

Dany is presumably talking about the Night King's arrival but could it also be something more sinister?

Perhaps the dead ancestors of House Stark - those that are lying in the Winterfell crypts - could be reanimated.

It's a long shot but it's worth remembering that the Night King can resuscitate the dead.

After Brienne vouched for Jaime's honour, the two are fighting side-by-side.

The odds of them both surviving the night?

popular
Nando's is coming back this week
OH WHAT A NIGHT: When Manchester United clinched the Treble, by the fans who were there
Piers Morgan calls out Dominic Cummings for eyesight claims in press conference
QUIZ: Who said it - Prince Philip or Michael Scott?
The JOE Friday Pub Quiz: Week 192
QUIZ: Can you guess the Leonardo DiCaprio movie from a single image?
The hardest brand logo quiz you'll ever take