Fortnite Season 6 has begun and it now features pets

Fortnite Season 6 has officially begun after servers returned online on Thursday, and players feverishly exploring the map for potential updates which had been suggested in recent weeks.

END_OF_DOCUMENT_TOKEN_TO_BE_REPLACED

Recent stories about the sixth season of the hugely popular game - which is best known for its Battle Royale mode - had speculated about possible changes to the game's map, with many expecting the area of Loot Lake, which was recently given a trampoline-like viscosity, to undergo a huge facelift.

Other leaks had claimed that pets would be introduced to the game, and footage from a host of live streamers on YouTube confirm this to be the case. 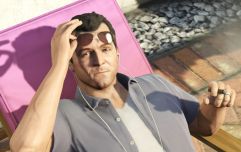 END_OF_DOCUMENT_TOKEN_TO_BE_REPLACED

In one video, a player can be seen running with what appears to be a dragon in his bag. The dragon also shoots fire when the player gets a kill. After a tweet on September 26 from the official Fortnite account, it's expected that other animals will also feature.

Further updates to the game, such as skins for weapons, have been rumoured to appear in the game, and while Loot Lake remains as it did in Season 5, the appearance of the word "Loot Lava" in datamined files from the game, suggest that further changes could yet come.