Writer Alex Garland is also on board

Director Danny Boyle has let it slip that he and writer Alex Garland are at work on a second sequel to his zombie hit 28 Days Later.

END_OF_DOCUMENT_TOKEN_TO_BE_REPLACED

"Alex Garland and I have a wonderful idea for the third part," Boyle told The Independent in an interview. "It's properly good."

"The original film led to a bit of a resurgence in the zombie drama and it doesn't reference any of that. It doesn't feel stale at all. He's concentrating on directing his own work at the moment, so it's stood in abeyance really, but it's a you-never-know."

That's all we know so far, but another instalment of the UK-set zombie saga would definitely be welcomed. The original 28 Days Later from 2002, featuring Cillian Murphy waking from a coma to a London ravaged by a rage-inducing virus, remains one of the most striking and memorable British horror movies of the modern era. 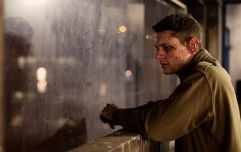 END_OF_DOCUMENT_TOKEN_TO_BE_REPLACED

It was followed in 2007 by the underrated 28 Weeks Later, which featured a stacked cast including Robert Carlyle, Imogen Poots, Rose Byrne, Jeremy Renner and Idris Elba. Set, as you can probably guess from the title, about six months after the outbreak, it took place in a Britain that had shut itself of from the world and become a wasteland... Wait a minute, that sounds familiar...

In the decade and a half or so since 28 Days Later was first released, Garland has established itself as maybe Britain's most interesting sci-fi filmmaker, writingSunshine, Never Let Me Go and Dreed, and directing Ex Machina and Annihilation.