Conor McGregor knows how to get under people's skin.

After cultivating the skill by getting into opponents' heads in the run-up to fights, it's almost become second nature for 'The Notorious' at this stage.

END_OF_DOCUMENT_TOKEN_TO_BE_REPLACED

Everything he says resonates. He's just got that type of personality.

And while most fighters have become accustomed to his jibes, it appears as though their WWE counterparts are not so thick-skinned.

On more than one occasion in recent months, McGregor has had some unkind words for members of the WWE roster. 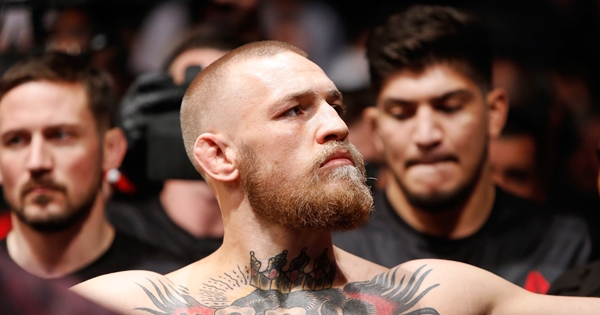 Whether it was Ric Flair...

"I don't know what to say to Ric Flair. This ain't no gimmick. This is the real shit. I've got to get in and fight a man for real. With no script, with no nothing. He was talking about bringing some other wrestler guys out to challenge me. Come bring it, then. This is the real shit over here. You know want to come over, we can fight no problem. A few of them are talking about the street and all. If they want to do that, come at me and see what happens."

END_OF_DOCUMENT_TOKEN_TO_BE_REPLACED

"What's the main guy? John Cena. He's 40. He's 40 years of age. He's walking around in a luminous orange t-shirt and a headband talking about nobody can see him. We can see him right there. He's a big fat, 40-year-old failed Mr. Olympia motherfucker."

"I mean fair play to Brock, he got in there and fought but, at the end of the day, he was juiced up to the fucking eyeballs so how can I respect that? The other guy [CM Punk] hasn't fought yet so I don't know about him yet." 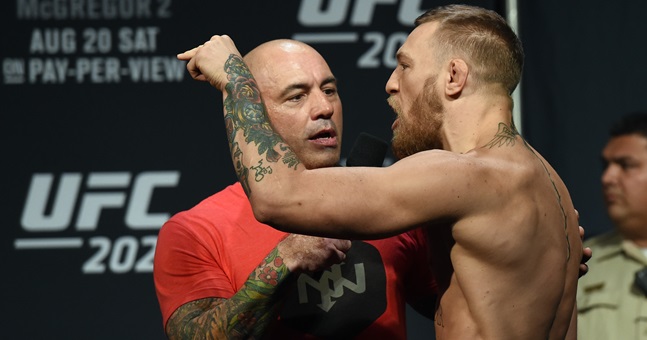 McGregor has held nothing back when it came to some of the biggest names to come from the wrestling ring. 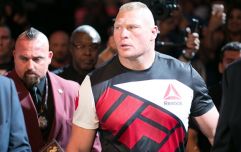 END_OF_DOCUMENT_TOKEN_TO_BE_REPLACED

And CM Punk, who will fight his first mixed martial arts bout this weekend, has revealed that McGregor's comments ruffled plenty of feathers over at WWE HQ.

"A lot of feelings were hurt, though, I can tell you that much, which I thought was a little strange," Punk said during a UFC 203 media conference call. "You've got to leave the emotion out of it. These guys still don't know."

WWE superstars, past and present, came out in droves to angrily respond to 'The Notorious' which made Punk ponder how genuine the reactions were as he knows only too well how Vince McMahon likes to operate. And McGregor too is quite adept at sowing the seeds of potential moneymaking schemes.

"It's a hard thing to comment on, because the amount of people who responded to him made me feel like they were told to respond to him," Punk added. "[McGregor is] the biggest name in sports at the moment. There's always grey areas when you involve that whole scene and you're wondering, is this a work, is this not a work?"

popular
Man dies three days 'after GP sent him home and threatened to strike him from surgery list'
Peter Dinklage calls Snow White and Seven Dwarfs remake 'f*cking backwards'
Marcus Rashford responds after being pictured with disgraced rapper Wiley
Driver arrested on suspicion of murder after knifeman 'hit with car while stabbing woman'
A definitive ranking of every swear word from worst to best
Outrage after Sadio Mané allowed to play on for 10 minutes after being knocked out
Schoolboy loses both nipples after classroom dare involving two cans of Lynx
You may also like
Sport
UFC London: How to get tickets for UFC Fight Night
Sport
Conor McGregor’s £2m pub petrol bombed in shocking attack
Sport
Stephen A. Smith 'exposes' Jake Paul and says 'he can't get away with lying' in viral video
Sport
Brutal new angle of Jake Paul's KO punch emerges
Sport
Wigan-based UFC fighter says Jake Paul would get destroyed in MMA
Next Page