Chris Evans is leaving the BBC to join major rival

The popular broadcaster announced on Monday that he is ending his tenure at Radio 2 after 13 years. "I'm going to leave - I'm leaving Radio 2," he announced to listeners, before promising to stay until Christmas.

He went on to use a cryptic mountaineering analogy to explain his decision: "Some of us are mountain climbers. If you get to the top of your favourite mountain and you stay there, you become an observer. I want to keep climbing."


He then played 'Twist and Shout' by the Beatles and added: "You have to keep shaking it up." 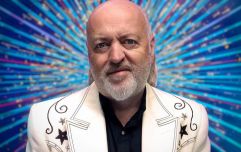 END_OF_DOCUMENT_TOKEN_TO_BE_REPLACED

Evans is currently the second highest-paid star at the BBC, earning £1.6 million per year, but is leaving to rejoin Virgin Radio as host of their new breakfast show. He of course took over the Radio 2 gig from Sir Terry Wogan in 2010, and regularly attracted 9m listeners - more than any other UK radio programme.