2019 was a great year for collections of words in book form.

Whether fiction or non-fiction, colouring or just plain black and white, you can't beat settling down with a good book. They say a picture is worth a thousand words - but you try submitting a nice self-portrait to make up your word count and see where it gets you. These are our favourite reads in the year of our Lord 2019 AD...

By Jessica Chicceh Hindman. A witty, angry, surreal memoir about living a lie and miming notes in an imaginary orchestra. Feels very much like a book of our times of happy ignorance, youthful anxiety and imposter syndrome.

By Yoko Ogawa. One of Japan's finest writers serves up a riveting slice of dystopian suspense, which is far more pertinent and reflective of modern society than one would like. A troubling examination of state surveillance and control.

8. Surprisingly Down to Earth, and Very Funny 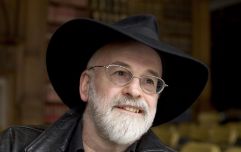 END_OF_DOCUMENT_TOKEN_TO_BE_REPLACED

By Brian Limond. It isn't a surprise that Limmy's memoir is darkly funny and full of wry commentaries. What elevates it to a more profound level is its brutal honesty and recollections of addiction, periods of aimlessness and struggles with mental health.

By Nick de Semlyen. The fascinating and definitive account of how the likes of John Belushi, Dan Aykroyd, Bill Murray, Eddie Murphy, Chevy Chase, Steve Martin and John Candy contributed to the big bang of modern US comedy.

By James Felton. Felton is renowned on Twitter for his cutting social commentary, but here he proves he's just as witty and effective in longer form with an acerbic assessment of Britain's role as chief arsehole of the world.

By James Acaster. Nominally an impassioned (and pretty compelling case) for why 2016 was the greatest year for popular music ever. But more than that, a testament to the power of a passion - any passion - to see you through dark times.

By Dominic Nolan. This stunning debut follows Detective Abigail Boone as she attempts to piece together the fragments of her life whilst suffering from retrograde amnesia. A tense and vital crime novel that announces Nolan as a thrilling new talent.

By Ronan Farrow. Pulitzer Prize-winning investigative reporter Ronan Farrow returns with this absorbing account of abuses of power, industrial scale coverups and sickening victim-shaming. Reads like a thriller but it's all too real.

By Patrick Radden Keefe. An incredibly deserving winner of the 2019 Orwell Prize for Political Writing, Keefe shines new light on the history of the Troubles, focusing on the most gut-wrenching case of Jean McConville's abduction and murder.

By Ben Lerner. A phenomenal work of fiction that shines a light on the troubling and poisonous world we currently find ourselves in. It reads like a prequel to the toxic masculinity that infects every aspect of modern political discourse.

popular
The JOE Friday Pub Quiz: Week 296
Japanese man spends £12,480 to look like a border collie - and it kind of works
Ricky Gervais finally says what we're all thinking about the Johnny Depp Amber Heard case
Rio Ferdinand and John Terry in Twitter war after controversial 'top 5' pick
Amber Heard's lawyers will not call Johnny Depp back to the stand amid suggestions he is 'uncontrollable as a witness'
Husband of teacher killed in Texas school shooting dies after suffering heart attack
New Time Traveller's Wife series airs 'incestuous' oral sex scene that has left everyone divided
You may also like
News
People are confused after spotting NSFW detail in BFG artwork
News
Harry Potter and Twilight books destroyed in Tennessee 'witchcraft' book-burning
Life
Brits told to start Christmas shopping early due to paper shortage and shipping delays
History
Great British Menu star Andi Oliver ‘scarred’ by Enid Blyton books amid racism row
Politics
How to argue with your racist uncle
Next Page