"FIFA bosses are like dark warlords, this is proper Prince of Darkness stuff", says Jez Williams of Black Rivers.

The former Doves member spoke exclusively to JOE on his thoughts on the football corruption crisis, which indicted 14 officials in a US fraud inquiry.

Jez said: "If we were in medieval times, they'd (FIFA) be the kind who eat babies. They are like dark warlords, this is proper Prince of Darkness stuff.

"With this level of (alleged) corruption, I'd love to see the whole thing scrapped, but of course that is never going to happen. There's too much money and power."

It has been almost a year since two-thirds of Manchester's Doves, twin brothers Jez, 45, and Andy Williams, announced their new band Black Rivers.

They released their joyous self-titled debut album in February, which narrowly missed the No1 spot, and have spent the last few months touring and supporting Elbow and Noel Gallagher on their arena shows.

Jez has dedicated his life to making music and creativity, but there's another love in his life - Manchester City. 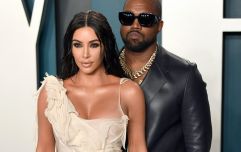 END_OF_DOCUMENT_TOKEN_TO_BE_REPLACED

He attends games as part of a strong City contingent, which includes Noel Gallagher and producer and former Hacienda legend Mike Pickering.

As a life-long City fan he was buzzing about their tour around City's Eithad Stadium last week, albeit a little odd.

Jez said: "We had a personal tour around the ground a few days ago, it was amazing. I loved it but at the same time it felt a bit weird, like you could smell the money.

"But the way I have to look at it is, we had 15 years of hell. I mean it was a long time. And when you watch Man United for as long as I have throwing their money in our face, then well, now it's our turn."

Find out what @blackrivers has to say on music, Manchester, pet hates and being on the dole for 10 years at JOE.co.uk on Monday.

In the meantime, get your ears around this...