What is England's best starting XI?

England line-ups always provoke an angry response, but what is the answer?

'Where's Grealish? For fuck's sake' was the cry that echoed throughout social media after England's team news was announced on Sunday afternoon ahead of their UEFA Nations League tie against Belgium.

'Three right-backs, Gareth?' was another criticism that came out mostly in meme form. This is par for the course.

No matter the fixture, or the line-up, there is always outrage, as club allegiances come to the fore and our inherent need to have a take on every issue is laid bare while we squabble over trivial issues.

This is part of the reason why the position of England manager is dubbed the impossible job. Expectations are always beyond your capabilities and everyone thinks they can do it better than you.

So what do we actually want? How should Gareth Southgate set up his England side?

It is clear the England boss is still unsure of his best XI, which is a concern itself for many fans who believe he should have that nailed down by now. But he undeniably has a very difficult job on his hands, selecting the right team for each game, as he seeks the right balance between adapting to the opposition and developing a progressive style.

Weighing up those two tasks would explain why he chose two distinctly different line-ups for the Wales friendly (weaker opposition, less important match) and the Belgium game (world no.1 ranked team, points at stake).

END_OF_DOCUMENT_TOKEN_TO_BE_REPLACED

Against Wales, Southgate chose a less experienced but more progressive line up, with ball playing centre-back Conor Coady starting in the middle of the back three, Bukayo Saka at left wing-back, Harry Winks and Kalvin Phillips in central midfield and Jack Grealish in the front three.

For the Belgium game, Eric Dier, Kyle Walker, Jordan Henderson, Declan Rice and Mason Mount were all brought in for their qualities off the ball more than their ability on it.

England were less than impressive in the first half against Belgium but won thanks to a soft penalty and a deflected goal. But grinding out a win against a team with superior quality on the ball should be hugely encouraging for England fans after Southgate failed to do so twice against the same team at the World Cup.

Southgate's main challenge now is finding a system capable of adapting to different opposition with minor tweaks, and he has a few options that I will explore below.

At this stage it's difficult to pick a goalkeeper for any system. Jordan Pickford has become too error prone since a good World Cup, but remains in contention for his distribution. Nick Pope is more of a physical presence but is lacking with the ball at his feet. Dean Henderson is very inexperienced but will probably end up first choice at some point. For now, I'm going to leave Pickford in, assuming he will be trusted to rediscover his best form. 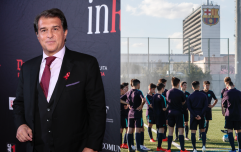 END_OF_DOCUMENT_TOKEN_TO_BE_REPLACED

As Liverpool have become the best team in the country and Man City have fallen behind, Trent has become one of the best right-backs on the planet and should be first choice in this position regardless of system. And no, we don't need to move him into midfield. His creativity is best channeled from right-back, allowing him to both overlap and make inverted runs into the 'half-space', where he can deliver his trademark crosses.

He is England's best central defender by a country mile and should play in whichever system we use.

Look, I know he's been in terrible form at the moment but what are the alternatives? Tyrone Mings? Eric Dier? Neither fill me with confidence. Once Manchester United stop playing like they've never played 11-a-side before, he should return to his usual solid, if a bit chaotic self. 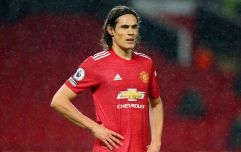 END_OF_DOCUMENT_TOKEN_TO_BE_REPLACED

If we want to dominate the ball, draw the opposition's press and play through them, Phillips is the man for the job. He was slightly disappointing playing out of position against Denmark on his debut but looked more confident against Wales and has impressed in this role for Leeds this season.

The same position he plays for Liverpool, can drop deep to form a double pivot with Phillips if necessary, and make use of his engine to bomb up and down the right channel.

This will never happen, because Southgate sees Grealish as more of a forward player despite Grealish himself saying he prefers to play as an 8 or a 10. But his ability to take control of a game, carry the ball long distances and win free-kicks in key areas is a skillset England have missed from their midfielders since Jack Wilshere started to fade out of the picture.

His runs in behind and his ability to break through compact defences make Sancho such a useful asset to England, and he will only get better.

Marcus Rashford is very unlucky to miss out here, but his versatility make him an ideal substitute. Sterling, meanwhile, continues to prove himself as one of the best goalscoring wingers in world football.

No arguments here, surely. In this system, Southgate would be wise to use Kane in the same way José Mourinho has deployed him in recent weeks, as more of a false 9, dropping into pockets of space and finding Sancho and Sterling in behind.

A few personnel tweaks and a shift in focus from possession to playing on the break would allow Southgate to seamlessly switch between two distinct styles. One possible line-up in this system could be:

I know what you're thinking, Mason Mount is obviously starting ahead of Grealish in this system for his off the ball work. Probably, but imagine Kane and Sterling making runs as Grealish charges forward on the break.

Walker comes into the side on the right side of the back three, just as he did at the World Cup, for his recovery pace and ability to resist a counter-press by passing, or just running, through the lines.

Dier is interchangeable with Coady, both of whom have played in the middle of a back three for their clubs, but at the moment Dier gets the nod from me for his defensive nous. Gomez shifts over to the left because he's better than Maguire.

Henderson and Rice's inclusion is pretty self-explanatory - they're dynamic ball winners with more experience than the likes of Phillips and Winks.

The last two teams to win a tournament England competed in, France and Portugal, were both teams stacked with talent who played functional football, making slight tweaks where necessary dependent on the opponent. If Southgate can familiarise his squad with the two systems outlined above and know when to switch between the two, this crop of players will be on the right path.