No matter how small, it's never a good idea to ask a UFC champion to punch you in the stomach

That type of logic clearly doesn't apply when you're talking about arguably the most vicious striker in all of mixed martial arts.

END_OF_DOCUMENT_TOKEN_TO_BE_REPLACED

UFC strawweight champion Joanna Jedrzejczyk may not look like a menacing figure at first glance, walking around at 5' 6" and fighting at just over eight stone.

But the Polish Muay Thai specialist has got some of the nastiest stand-up currently on show in the Octagon. Just ask Jessica Penne. 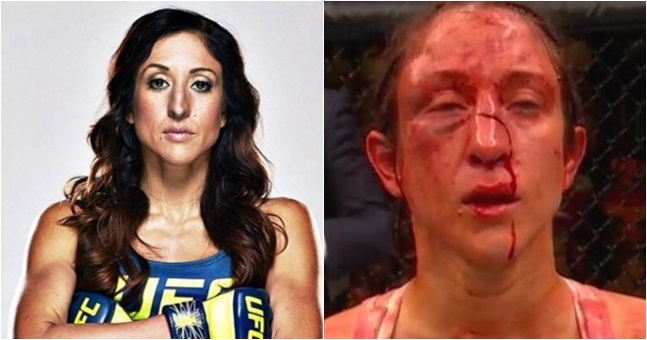 A stupid fight fan recently asked Jedrzejczyk to give him a taste of what a body shot feels like and we think it's safe to say that he regrets it ever so slightly.

At least it wasn't Mark Hunt, though.