Virgil van Dijk has been a revelation for Liverpool this season and his performances for the Reds throughout the campaign saw him deservedly take home the PFA Players' Player of the Year award earlier this week.

No, Trivago did not accidentally confirm Todd Boehly's Chelsea takeover

END_OF_DOCUMENT_TOKEN_TO_BE_REPLACED

At the back, van Dijk has been a rock and from set pieces, he continues to provide a devastating threat for opposition defenders.

The Dutch defender opened the scoring against Newcastle on Saturday night and while he neither scored nor set up the winning goal, he has been given plenty of credit for Divock Origi's header.

After analysing footage of the winner, Sky Sports pundits Gary Neville, Jamie Carragher and Graeme Souness discovered the role that van Dijk played as he changed the original plan, which was for Trent Alexander-Arnold to deliver the free-kick.

Van Dijk instead ordered substitute Xherdan Shaqiri to take an in-swinging free-kick and the decision made all the difference.

END_OF_DOCUMENT_TOKEN_TO_BE_REPLACED

"I'm glad we've seen that because we often sit here and say that players don't alter things," Neville said. "You get all your set piece-takers up on a board before the game - 'Trent will take them from that side' - and that's what players will do robotically, they'll methodically just follow the instructions. 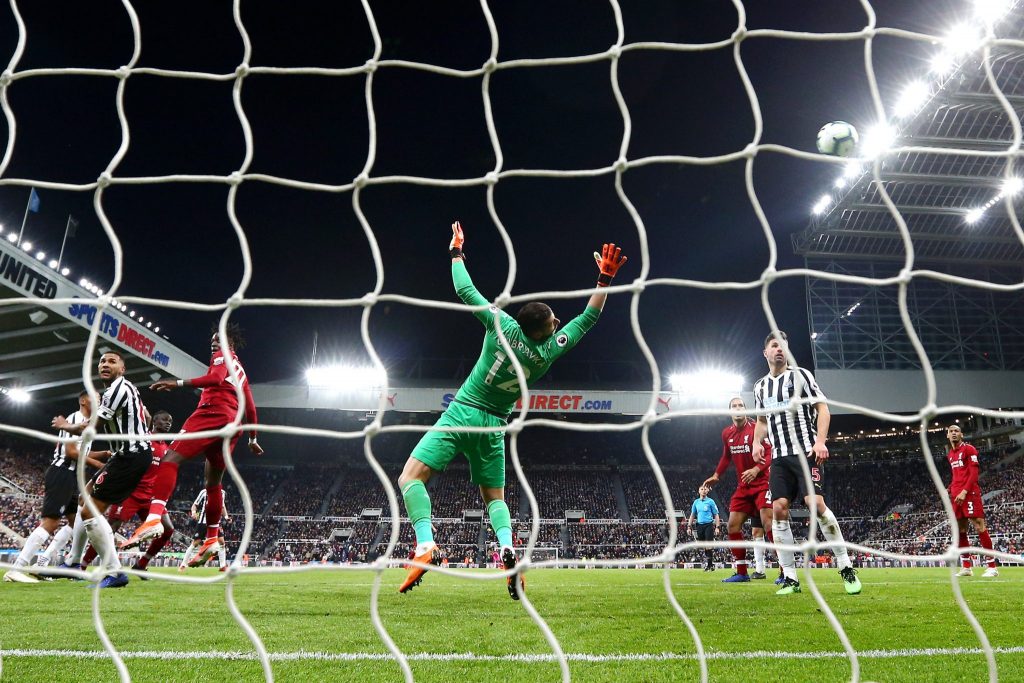 "We say quite often that you don't often see leaders on a pitch alter things and change what's happening. For him to say, 'No, you're not taking it. You're taking it!' is a risk. If it doesn't work then Jurgen Klopp might ask after the game why Trent didn't take that out-swinging free-kick. If Shaqiri puts that over the bar and wastes it, he might go mad.

"It's a big risk to do that as a player but I think that's actually something that defines van Dijk as a person, not just as a player."

END_OF_DOCUMENT_TOKEN_TO_BE_REPLACED

All great title-winning sides have had proper leaders at the helm and it's clear that van Dijk has more than enough authority in the squad.

And former Reds midfielder Souness, who is famously hard to please, was impressed by van Dijk's initiative.

"That looks like van Dijk has got them the goal," Souness added.

"He's taken responsibility. He's made it happen. He's obviously vocal in that dressing room and they listen to him."

Van Dijk ordering Trent that Shaqiri should take the free kick. He takes it and provides us the winning goal. One of our best decisions made all season, my leader, my CB. pic.twitter.com/g6ypkaCY1e