He is one of the standout defenders in the Championship

Tottenham look set to land Swansea defender Joe Rodon in a deal worth up to £18 million.

Sky Sports News report that a deal is close to being agreed between the North London club and the Championship outfit.

"A deal is close to being agreed." 🤝#THFC are in talks with Swansea City to sign centre-back Joe Rodon in a deal worth £18m. 💰 #DeadlineDay pic.twitter.com/wvPV9tWBgm

Spurs have been on the look out for a new centre-half for most of the summer, having seen Belgium star Jan Vertonghen leave the club at the end of last season.

Jose Mourinho and Daniel Levy have reportedly earmarked Rodon as their top target on deadline day. Rodon has already attracted interest from West Ham and Everton this transfer window, although he was previously also a target for Manchester United.

Welsh international Rodon is believed to have been brought to the attention of Old Trafford bosses by Wales manager, Man Utd legend Ryan Giggs.

Wales international Joe Rodon is one of the best defenders in the Championship. (Photo: Getty) 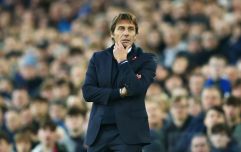 END_OF_DOCUMENT_TOKEN_TO_BE_REPLACED

Joe Rodon has been a mainstay at the heart of the Welsh defence for at least a year. Rodon is yet another impressive product of the Swansea academy, which in recent years has produced the likes of Daniel James, Joe Allen and current Spurs left-back Ben Davies.

Rodon's centre-back partner at Swansea Ben Cabango is two years younger than the Tottenham target - but he has also been tipped for great things having been called up to Ryan Giggs' latest squad.

Cabango and Rodon both starred in Swansea's 2-1 victory over Millwall at the weekend, with Cabango netting the winner in the second half. 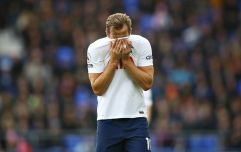 END_OF_DOCUMENT_TOKEN_TO_BE_REPLACED

Stuart James, who covers Swansea and the Midlands clubs for The Athletic, reports that: "Spurs are weighing up whether to make an offer for Joe Rodon, the Swansea & Wales central defender. No bid made but Swansea braced for one between now & 16 Oct. Swansea value Rodon at around £18m."

Spurs are weighing up whether to make an offer for Joe Rodon, the Swansea & Wales central defender. No bid made but Swansea braced for one between now & 16 Oct. Swansea value Rodon at around £18m. More details on @TheAthleticUK transfer tracker:https://t.co/puhENRkVjm