When are three World Cup wins worth less than repeated second round exits?

When you're the US women's football team comparing yourselves to your male counterparts, apparently as five of the all-conquering US women's soccer team have taken the decision to sue their national federation in pursuit of equal pay.

END_OF_DOCUMENT_TOKEN_TO_BE_REPLACED

Alex Morgan, Carli Lloyd, Megan Rapinoe, Becky Sauerbrunn and Hope Solo have had enough of being paid less than half what Jurgen Klinsmann's charges receive and are taking action.

The quintet are suing on behalf of all players, according to their lawyer Jeffrey Kessler, who also asserted that, as the hugely popular women's game generated more income for US Soccer than the men, it was time to address the "discriminatory and unfair treatment". 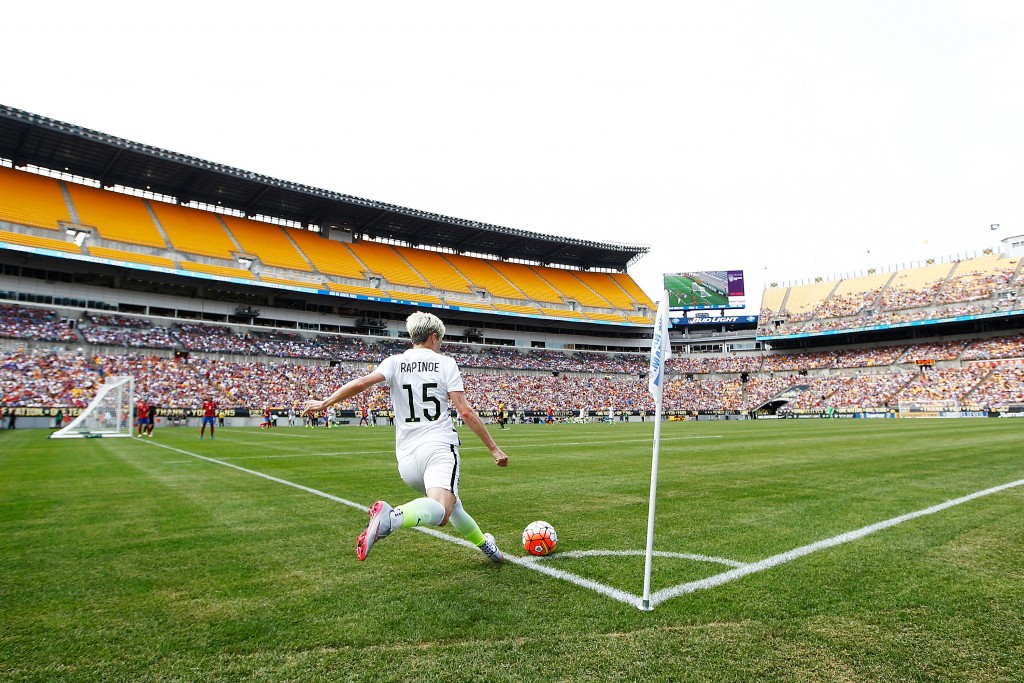 Women's football is very popular in the United States, with the women's team regularly drawing large crowds to their friendlies.

In a statement, goalkeeper Solo said "the numbers speak for themselves".

"We are the best in the world, have three World Cup championships, four Olympic Championships, and the USMNT [US men's national team] get paid more just to show up than we get paid to win major championships," said Solo.

In their own statement US Soccer said they have not yet seen the complaint but said they are "proud of the commitment we have made to building the women's game in the United States over the past 30 years".