Solskjaer gamble on Harry Maguire backfires in most horrendous way

Only Ole Gunnar Solskjaer will be able to tell you what he was thinking with some of his team selections today.

END_OF_DOCUMENT_TOKEN_TO_BE_REPLACED

On Wednesday, Harry Maguire gave an interview with the United website and revealed he had not had a full training session with the senior squad.

On Saturday, Solskjaer threw him in to his starting XI to face Leicester City at King Power Stadium. You could tell Maguire was far from 100%. It would be generous to say he was even 60% fit.

The United captain was in a daze against Leicester and was at fault for ALL FOUR of the home side's goals. There were other culprits out there, and on the sideline, but Maguire had his worst game since leaving Leicester for United.

The United boss essentially hung Maguire out to dry. With Raphael Varane injured and Solskjaer not trusting Eric Bailly, he selected Maguire from the start and put him behind a midfield duo of Nemanja Matic and Paul Pogba. That duo have never worked for United, but Solskjaer went and picked them together anyway.

He also selected Jadon Sancho on the left wing again. The England star was bought for a lot of money to cover the right-hand side of United's attack. He has rarely been seen there.

Matic and Pogba had two poor games. Youri Tielemans and Boubakary Soumaré walked all over them and James Maddison must have been fouled four times by each of the United midfielders. They were sloppy in possession, porous in being that defensive shield and pretty ineffective in attack. 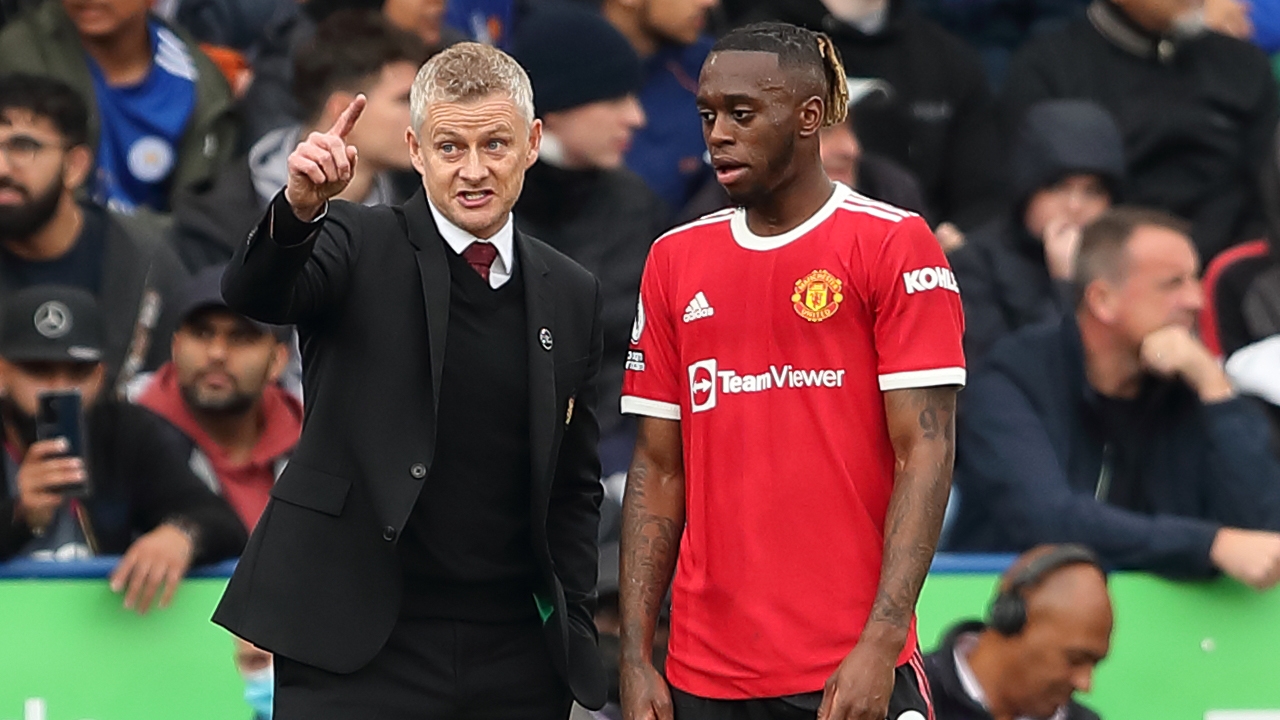 END_OF_DOCUMENT_TOKEN_TO_BE_REPLACED

United went 1-0 up through Mason Greenwood but were tagged back by a Tielemans strike. With the game tied at 1-1, both sides looked sluggish after the international break. United brought on Marcus Rashford for the quiet Sancho but needed a superb David De Gea save to stay level.

The visitors were eventually jolted to life by what usually gets them going - an opposition goal.

De Gea made another save and Maguire, who had been caught out for the opener, inexplicably kicked the rebound out for a corner. The ball was not even travelling to him at pace and De Gea was livid that he did not just take a touch and clear it. Sure enough, Leicester scored through Çağlar Söyüncü from the resulting corner.

Rashford made it 2-2 when the Leicester defence were caught out by a ball over the top from Victor Lindelof. That should have settled United and teed them up for a late dart at all three points. Perhaps that is what sub Jesse Lingard was thinking when he dashed forward and left Aaron Wan-Bissaka exposed from the kick-off.

Wan-Bissaka cleaved his man down but play-on was the call and Ayoze Perez drew in two United defenders before squaring for Jamie Vardy to finish. Maguire had thought of getting close to Vardy but drifted back into his six-yard box and left the striker free to score a beauty with the outside of his boot.

Wayne Rooney reveals he turned down approach from Everton

END_OF_DOCUMENT_TOKEN_TO_BE_REPLACED

The final nail was driven home by sub Patson Daka, who bundled home at the far post and losing the dreadful Maguire as a free kick was whipped in.

Solskjaer took a huge gamble in selecting a patently unfit Maguire. He hung his captain out to dry and got the appropriate response.

Atalanta and Liverpool are next up for United. They need two big results in the next eight days or Solskjaer could well be on his way.

Our Man of the Match: Youri Tielemans (Leicester City)