Sir Alex Ferguson kept journalists on their toes throughout his 26-years as Manchester United manager and regularly clashed with the BBC. He boycotted the British broadcasters between 2004 and 2011 after they aired a documentary about his son Jason, who was a football agent. Even before that, Ferguson wasn't a fan of the BBC, as this exchange with John Motson shows.

END_OF_DOCUMENT_TOKEN_TO_BE_REPLACED

Back in 1995, the veteran commentator asked the United manager about Roy Keane's disciplinary record in a post-match interview. The former United captain received 13 red cards in his career, and the red mist often descended, particularly in the early stages of his time at Old Trafford.

Like the rest of Ferguson's double-winning team in 1994, Keane didn't shirk from the physical side of the game and often overstepped the mark.

However, the former United manager would always defend his players in public, no matter how they had behaved. It earned him their loyalty and often created a siege mentality which helped push the team to reach new heights.

END_OF_DOCUMENT_TOKEN_TO_BE_REPLACED

So, Motson was walking into trouble when he asked about Keane's disciplinary record. It was a valid question, but one which sparked a furious reaction from Ferguson.

"Is the Roy Keane situation one that you will have to address?" the BBC commentator asked.

"Do you know what, John? You've no right to ask that question, you're out of order," Ferguson snaped. 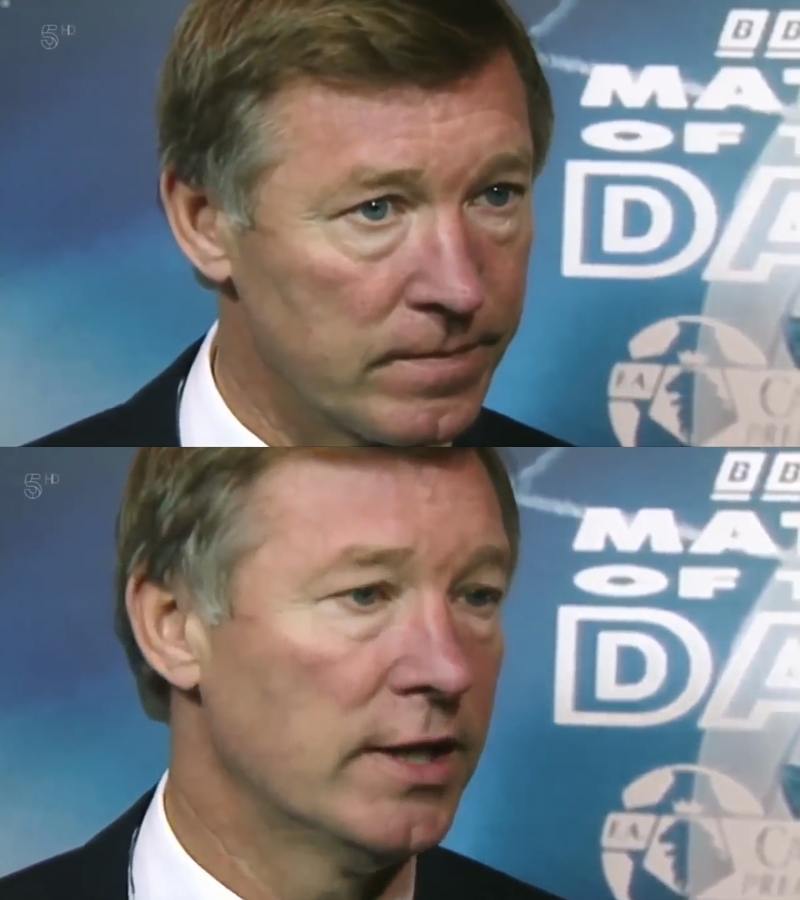 "You know fine well my ruling on that, right? That's the interview finished. I'm going to cancel the interview, the whole f***ing lot of it. Cancel it," he barked before storming off.

Motson said that he had been instructed to ask the question, but Ferguson wasn't interested. He cursed him as he walks away and didn't speak to the BBC commentator again for some time.

You can watch the clip from 'The Feud' documentary, which covered the rivalry between Arsenal and United, here: