Brazil have come a long way since the World Cup in 2014.

The most successful international team in history were humiliated 7-1 in the semi-final against Germany.

They had been pretty awful in the tournament, resembling Wimbledon from the late 1980s, rather than anything approaching samba football. 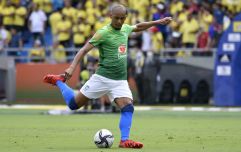 END_OF_DOCUMENT_TOKEN_TO_BE_REPLACED

Things didn't much better in the immediate aftermath of the World Cup, as they crashed out of two Copa America tournaments without making any impact.

However, they're now living up the storied reputation of past teams, and look certain to qualify for the 2018 World Cup in Russia.

Brazil are top of the South American table and seven points clear of second place Uruguay after Thursday night's 4-1 impressive win in Montevideo.

Brazil's turnaround is only surpassed by Paulinho's turnaround. The former Tottenham Hotspur midfielder did this in the game against Uruguay: 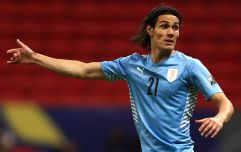 END_OF_DOCUMENT_TOKEN_TO_BE_REPLACED

This will be a surprise to anyone who watched the Brazilian midfielder when he played for Spurs between 2013 and 2015.

Paulinho struggled in London, particularly in his final season, and was sold to Guangzhou Evergrande in the Chinese Super League almost two years ago.

However, there must be something in the water in Guangzhou, because the midfielder went on to score another two in the game.

And as if that wasn't ridiculous enough, Paulinho's hat-trick goal was scored with his chest.

Paulinho's hat-trick even managed to overshadow this filthy lob from Neymar, which put Brazil 3-1 ahead