"How long has the Premier League been around?"

Megan Rapinoe has said it is 'disgraceful' that is took so long for Manchester United to form a women's team, and that English football more broadly needs to invest more in the women's game. 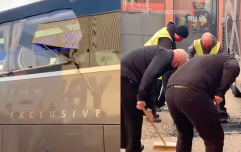 END_OF_DOCUMENT_TOKEN_TO_BE_REPLACED

Speaking to the BBC ahead of the launch of her book 'One Life', the US women's national team captain said: "I think women’s football in England is the same as in America – it is so far behind because of what we’ve had to overcome in the lack of investment.

"And we’re only just seeing a club like Manchester United put effort and pounds towards a women’s team? Frankly, it’s disgraceful."

The Women's Super League was formed in 2010 but it took until 2018 for Manchester United to form a women's team. In their first season they won promotion to the WSL and are now top of the league under the management of former Chelsea boss Casey Stoney.

"I’m proud of it, to be honest. I’m proud of speaking my mind and doing the right thing. I feel this is how change is made," Rapinoe added.

"Any time I have someone try to explain or argue with me about kneeling or arguing, it’s just an incoherent, fumbling, patriotic mess, right? ‘Taking a knee sharpened my understanding of what I did, how I supported Colin and sharpened my resolved in that. 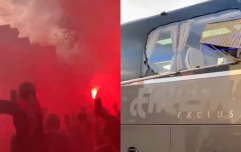 END_OF_DOCUMENT_TOKEN_TO_BE_REPLACED

"It was not a comfortable time. I certainly felt that at least my international career was a little bit in jeopardy.

"It showed me a lot of true colours around me in a lot of different ways. The critics yell really loud and I had a federation who clearly didn’t support me and, I felt, a coach who really didn’t support me, but I had so many people around me who always stuck by me and were with me the whole time.

"But you have a choice of what you do in the world. You just have to be prepared to wear the consequences of your actions."