Ahead of kick-off, England's players including Maro Itoje have united in support of the Black Lives Matter campaign. 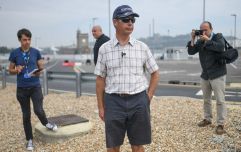 END_OF_DOCUMENT_TOKEN_TO_BE_REPLACED

"It's everyone's individual choice how they choose to mark their unity," Itoje told JOE.

"That being said, it's important as players that we unite and make a stand against racism. Racism is still an issue in society, so it's good that governing bodies are bringing attention to the cause."

A statement from the players... #BlackLivesMatter pic.twitter.com/Zfkz3k1jz5

Saracens star Itoje says that while he hasn't had negative experiences with the police, he is in the minority.

"Fortunately for myself, I haven't had negative experiences with the police. Unfortunately, I'm part of the minority instead of the majority.

"I have friends who've grown up in similar areas, who have completely different experiences with the police." 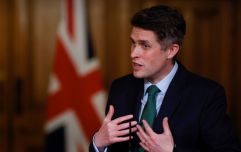 END_OF_DOCUMENT_TOKEN_TO_BE_REPLACED

"I think institutional racism operates in pretty much all the major institutions in the country.

"Whether you want to look at it in the criminal justice system, police, education... the stats prove it's there."

Five months on from the beginning of lockdown, Itoje thinks the government's handling of the Coronavirus pandemic has had its ups and downs.

"It's obviously not an easy thing to deal with.

"I would separate it into two parts: there's the economic handling of the Coronavirus, and then there's the social side of things."

"In terms of messaging and communication, I don't think that has been good.

"I think the government could have been a lot clearer. The guidelines on social distancing to this day aren't exactly clear."

In the midst of the pandemic, Itoje wanted to create something special for those on the frontline. He has collaborated with Adidas in designing a bespoke rugby boot that pays tribute to a select XV of key workers.

“They are the heartbeat that keeps this city and this country going during the darkest of times.” 💙@MaroItoje and @MissPix01 pay tribute to key workers with a bespoke pair of Kakari Z’s ahead of his return to rugby this weekend. 🎨#ReadyForSport pic.twitter.com/vSkgolZ6qb

"The pandemic has crippled the country economically, but it's also had huge public health ramifications," Itoje said.

"A lot of people have risked their lives to help the wider population, and I think they deserve all the credit for risking their lives. Many of them have even passed away."

Itoje was part of the Saracens side crowned European champions in 2019. (Photo by David Rogers/Getty Images)

He feels the role key workers play goes under-appreciated, with a Thursday night clap only going so far.

"It's definitely not enough," the 25-year-old says.

Itoje will wear his newly-designed boots this weekend as Saracens resume league action away at Bristol. Despite having been relegated due to financial irregularities, the England man insists heads won't drop.

"We know that we can't gain any more points in the Premiership, so all of our motivation is internal.

"We want to give the best account of ourselves and we also have a quarter-final (Heineken Champions Cup) in which to do this."

popular
Dog owners using harness instead of collar could be hit with £5000 fine
Outrage as teachers tell girls to 'hold in periods' while toilet doors are removed
Martin Lewis issues 'emergency' energy warning to thousands of households
Top 10 rugby stadiums in the world announced, but many English fans will disagree
Gabby Petito cops remove Brian Laundrie's parents' from home - declare it a 'crime scene'
Brazilian football star Hulk is having a baby with his ex-wife's niece
Daniel Craig says Bond shouldn't be a woman as they should have their own great roles
You may also like
Entertainment
Emmy Awards hit with criticism after all major acting awards go to white actors
News
Wayfair criticised for showing white supremacy book on coffee table ad
Life
The Queen supports Black Lives Matter, Royal aide confirms
Politics
Minister says she doesn't know if Gavin Williamson is racist or just incompetent
News
Largest Confederate monument in US set to be removed this week
Next Page