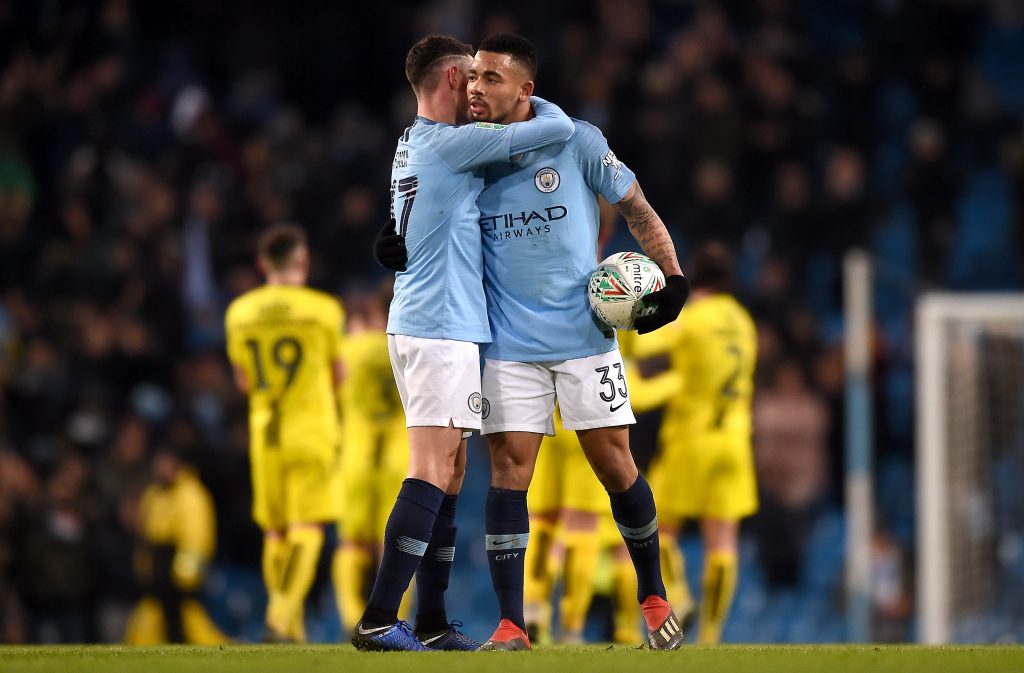 END_OF_DOCUMENT_TOKEN_TO_BE_REPLACED

It was an ultimately pointless exhibition. Before the match, everyone knew City would win, and the sight of them laying siege to Burton's goal in the final minutes as they tried to make it double figures was, depending on your point of view, just cruel or very funny.

Unsurprisingly it was a complete mismatch. Burton may have been in the semi-finals on merit, but the two clubs are effectively competing in different sports.

Pep Guardiola’s insistence upon showing lower league teams respect by battering them into the ground is what is currently keeping the magic of the cups alive.

END_OF_DOCUMENT_TOKEN_TO_BE_REPLACED

Burton are currently ninth in League One and as Sky Sports detailed before the match, the gulf between the two teams was astronomical.

This match could be played another 99 times, and City would probably win it every single time.

Look at it this way: yes, Pep could play a weakened team and allow Burton to briefly feel on a par with City. Instead, he makes it his job to remind them that death is a part of life, our entire existence is futile, and that we all shuffle off this mortal coil eventually.

City didn't do anything wrong. They certainly didn't patronise their opponents by easing off and behaved in a professional manner by aiming to score as many goals as possible.

Had they eased up after their fifth goal, or played a weakened side, they would have been accused of patronising the Brewers.

After the game, Burton manager Nigel Clough said that one of the few positives from the match was that his team didn't concede 10 goals. You can't accuse him of not looking on the bright side.