Thank God Neymar already has a higher number, otherwise there would have been trouble

Kylian Mbappe is the hottest property in world football at the moment. At the age of just 19 tender years, the forward has back-to-back Ligue 1 titles with different sides, as well as a World Cup triumph, to his name.

The former Monaco man came into the World Cup well-known as one of the most promising players in football, and left it as one of the best.

His performances for France, against significantly more experienced players than himself, was an indication of his talent and temperament, and his evident calm in the final against Croatia showed that he was made for this level.

Understandably his performances have led to numerous links with some of the world's top clubs. Real Madrid were rumoured to have made a bid for him, while Liverpool new man and Mbappe's former Monaco teammate Fabinho has also been attempting to convince the teenager to join him at Anfield.

With such cheeky overtures from the European big boys, it's no surprise that Paris Saint-Germain are getting a little nervous with regards to the jewel in their crown who is actually likable and capable of staying on his feet for two minutes.


The Parisian club are acutely aware that, despite the fact that Mbappe has only been at the club for a solitary season, elite level football is a ruthless world and one in which players, especially the best players, have the power. 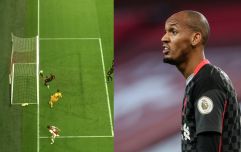 END_OF_DOCUMENT_TOKEN_TO_BE_REPLACED

As such, they have attempted to roll out the red carpet for the forward ahead of his return from his extended post-World Cup break by handing him a number more befitting his role at the club.

He spent his debut season at the Parc des Princes wearing number 29, but will wear number seven from the beginning of the 2018/19 season onward.

Mbappe has openly admitted that Cristiano Ronaldo - perhaps one of the most famous players to ever wear the number seven - was his idol, making the move to the number seven shirt an obvious and welcome move.

Unfortunately for PSG, doing something nice for Mbappe now means that they have to do something doubly nice for Neymar, so expect them to hand the Brazilian the number 14 shirt as soon as possible.