As exit rumours loom, Juventus must learn from Ronaldo failure

Ronaldo has become a burden at Juventus

As reports circulate that Juventus are preparing to put Cristiano Ronaldo up for sale next summer, Europe's super clubs should all be paying attention. Not because one of the best players in the world will soon be available, but because there is a lesson to be learned here - superstars do not win trophies on their own. Teams do. 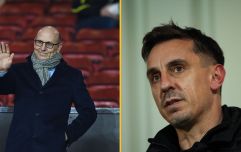 END_OF_DOCUMENT_TOKEN_TO_BE_REPLACED

There will be a variety of reasons behind Juventus deciding to cut their losses on Ronaldo, most significantly the need to reduce their wage bill in the coronavirus age, when even the richest clubs are having to reevaluate their spending habits. But the Bianconeri will also be considering the fact that the Ronaldo experiment has not worked. Sure, they've won two back-to-back titles, just as they did in the seven years preceding his arrival, but Ronaldo has not done what he was brought in to do: win the Champions League.

In fact, his two complete seasons at Juventus have seen the Serie A giants knocked out of Europe's most prestigious competition in the quarter-finals against Ajax, and then the round of 16, against Lyon. While it is undoubtedly naive to sign one player in the hope of securing one trophy, that was the ultimate goal, which Juve have fallen short of during Ronaldo's time in Turin.

The blame should not necessarily lay at Ronaldo's feet, but Juventus for putting all their eggs in one basket, which came at the detriment of the rest of the team.

Hiring Maurizio Sarri almost compounded the issues Ronaldo brought with him. By all accounts, Ronaldo was not entirely convinced by a manager with one Europa League title to his name and who had never played the game at a high level, in stark contrast to his relationship with Zinedine Zidane.

Sarri's fluid tactics were also not suited to a player who, in his mid-30s, requires his teammates to do most of the off the ball running. Again, not Ronaldo's fault, that's just the player he is now. And Juventus should have realised that.

Then there are the financial factors. Ronaldo earns a reported €31 million a year at Juventus, €8m more than Matthijs De Ligt, the second best paid player at the club. This will have done nothing to enhance dressing room camaraderie and, most significantly, meant Juve were not able to improve other areas of the squad to match his level.

That is something often overlooked when assessing Real Madrid's four European titles in five years - it was not one player winning every big game on his own. They had assembled a team of experienced, world class players who never knew when they were beaten, and were led by a manager who was universally respected at the club and whose man management suited the elite level of the game. 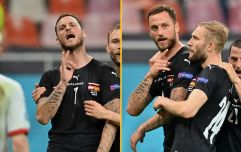 END_OF_DOCUMENT_TOKEN_TO_BE_REPLACED

Juventus simply did not (and do not) have the squad to support Ronaldo in the same way Real Madrid had.

The appointment of Andrea Pirlo signals a new dawn at Juventus. The hope is that Pirlo will become their own Zidane, a (very) inexperienced manager whose aura can inspire a new wave of success at the Allianz. They're pressing the reset button, which means offloading the ageing high earners, and bringing in fresh blood and new ideas. Selling Ronaldo is step one. What follows should be an acceptance that, for whatever reason, the Ronaldo experiment has not worked and really, they never should have signed him.