A dominant defender in his day and a divisive figure for more reasons than one, Sol Campbell spoke to JOE about his coaching ambitions, the current state of Arsenal, crossing the North London divide and why that England side never won anything.

One of the most common criticisms of modern football, aside from extortionate ticket prices, oppressive political regimes using football clubs to exert soft power and impractical match scheduling for travelling fans, is the fast-tracking of high profile retired pros straight into high positions in coaching and punditry. Many of England's 'golden generation' have walked into positions in punditry, coaching or both. The outlier is Sol Campbell who, despite being Sol Campbell, has not been able to form a second career in either field. 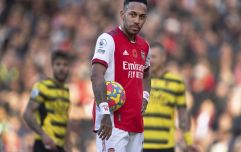 END_OF_DOCUMENT_TOKEN_TO_BE_REPLACED

He desperately wants to get into coaching but is struggling to find an inroad, even towards the bottom of League Two. Grimsby Town recently sacked Russell Slade after a winless run of 12 games and interviewed Campbell for the vacant position. The Lincolnshire club opted to hire Michael Jolley, whose coaching credentials include a relegation from the Swedish Premier Division with AFC Eskilstuna.

It's not the first time an EFL club has overlooked him when hiring a new manager. Oxford United also interviewed him but decided to give Derek Fazackerley his first job as a manager at the age of 66. Campbell faces the conundrum of needing experience under his belt to get a coaching job and needing a coaching job in order to get that experience.

"I need experience, I need someone to give me that opportunity to kind of just get in and start in a club, cut my teeth, get in there and get into the groove of managing a football club and whatever level it is, it’s fine, I just need to start."

While he would most likely fancy himself for a top job, there is a refreshing sense of humility in him when he speaks about his coaching ambitions, although there is a thin line between humility and desperation. His explanation for why he was not hired by Grimsby carefully treads the line between making excuses and expressing gratitude: "I came in late, obviously, didn’t have much time to prepare, but I thank them for the opportunity of interviewing."

His plans going forward involve soaking up as much football as possible, in person and on the television, while seeking part time coaching opportunities at whatever level and hoping the interviews come. Given he is one of the greatest minds in football, he surely won't be waiting too long before someone takes a punt on him. 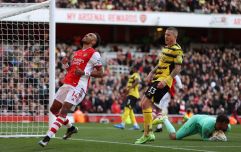 END_OF_DOCUMENT_TOKEN_TO_BE_REPLACED

There may be a managerial vacancy appearing very soon at his former club Arsenal if Arsène Wenger is relieved of his duties, as a growing majority of fans are demanding. Discussing Arsenal's current plight is tough for Campbell, who was a significant piece in the invincible jigsaw during the 2003/04 season, when 'Wengerball' was blowing everyone away: "They are different eras, it's different personnel. I just actually look at my side and think we had skill, we had pace, we had power but also had that aggression - controlled aggression - and sometimes it went over the top, but we had that never-say-die attitude as well, and earned the right to play."

This is an idea he is keen to hammer home, earning the right to play. There is a feeling that the current Arsenal side feels entitled and lack the necessary hunger to overcome adversity, that the players are happy to pick up their wages, that the team lacks a leader like Campbell.

This back to basics approach is one which fans would likely endorse but the philosophy is unlikely to come about if Wenger remains in charge. 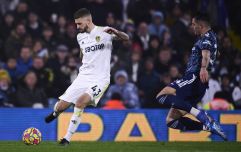 END_OF_DOCUMENT_TOKEN_TO_BE_REPLACED

Hope is not all lost for this season, though. Campbell still believes that there remains a possibility of redemption via the Europa League. "It’s plain to see results are not their going way, but they've got one light there. That's the Europa League. It's not going to be easy, but there is one glimmer of hope in this particular season and they really have to go for it because it does seem that’s the only route they can get in [to the Champions League]."

Campbell may refer to Arsenal in the third person but it is clear he is a supporter. It wasn't always this way, of course. For the first nine years of his playing career, he plied his trade for the Gunners' arch-rivals, Tottenham Hotspur. His controversial decision to allow his contract to run down and rock up at Arsenal to quite literally everyone's surprise went down badly among Spurs fans, to say the least. Upon his return to White Hart Lane, the home fans greeted him with thousands of balloons displaying the word 'Judas' and some of the most vitriolic abuse ever heard at a Premier League game. He knew the move would upset the fans, but feels that it's time to "move on."

"When you look at how old I was, I was about 24/25, I’m 43 now. I mean, I’ve got a family. The story is going backwards for me in the sense that I can understand years ago, but I’m 44 this year. I’ve moved on, it’s all about moving on. I’m sorry but you have to look at it this way, the world has moved on. There are rivalries around the world but you have to move on. Life moves on, I’ve moved on, it’s insignificant for me now. I can understand 15 years ago, but we’re talking about maybe 20 years ago now."

Somehow, it seems doubtful that Spurs fans will ever move on and given the circumstances, it would be harsh to blame them.

Turning an eye to international football, Campbell is optimistic about England's chances in the summer and has faith in the current crop of players to perform in Russia. "I think for me, the midfield and forwards are solid and everyone’s in a rich vein of form. It’s just the backline and the goalkeeper scenario is troubling." It's hard to disagree: The likes of John Stones, Gary Cahill, Chris Smalling and Phil Jones have all been in and out of their club sides this season and therefore struggled to construct a consistent run of form. "We’ve got great defenders, it’s just form and injuries. I think the back line, defenders and goalkeeper take a bit longer to get into the groove than a forward who scores goals."

England manager Gareth Southgate faces a few selection headaches as a result of this lack of consistent defenders, but will have to settle on a first choice pairing - or trio - soon. Campbell is keen for John Stones to be the focus of the defence, but adaptability is key in international tournaments, as players coached by contrasting philosophies come together and try to work harmoniously for a maximum of seven matches.

"It has to be [Stones]. Being at Manchester City and with Pep [Guardiola], he’s in dreamland. It’s a perfect situation for him. The trouble is when you get to England, you haven’t got all these players around, you come across a lot of one on one scenarios and that’s the problem for me. You haven’t got people to get you out of a tight spot."

There is certainly no point in trying to make England play like Guardiola's Manchester City but a hybrid tactic seems the way to go.

"I think he [Stones] needs to know when to change the game slightly a little bit, when he goes to England. If Southgate is understanding of people and how they play, you play to their strengths and say ‘I know you play like this, but the rest of the team is not going to play like that, we just have to tweak it a little bit, can you meet us in the middle?’ That’s what it’s all about, you’ve got to sacrifice a little bit here and there. As long as everyone understands the scenario, that’s key."

The England sides that Campbell featured in had similar problems with regards to players from various teams gelling. The well known Lampard and Gerrard conundrum that resulted in Paul Scholes being moved to the left wing epitomised England's struggles in the early noughties; a victim of their own strength in depth in one position. That England side that went into Euro 2004 with high hopes of winning the tournament but ultimately fell short, which Campbell believes hinged on a few moments and a few big decisions.

"You can’t always blame referees, but decisions can go either way. The goal against Portugal at the Euros, that would have put us in the semi-final, there was nothing wrong with that goal. I think, if it was Portugal, that’s a goal.

"You get to the semi-final and you’re one game from the final, everything changes. And sometimes I felt we came so close in Euro 96, we were a whisker away. If Gascoigne is 26cm taller, he taps it in, that sliding goal goes in."