A senior government source has condemned Chelsea's "threatening" statement after the club confirmed they would not be able to sell away tickets for their FA Cup game against Middlesbrough.

The club announced in a statement that tickets would not go on sale to away supporters and that they had requested to play the game behind closed doors.

However, as reported by Alex Wickham, editor of Politico London Playbook, the government has issued a response condemning the statement.

END_OF_DOCUMENT_TOKEN_TO_BE_REPLACED

It read: "We are working around the clock to enable Chelsea continue to operating as a club in the interest of the fans.

"This statement threatening Middlesbrough and the rest of the Football League shows they do not seem to understand the seriousness of the situation they are in, being owned by an entity who has been sanctioned because of links responsible for appalling acts in Ukraine. 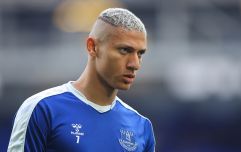 END_OF_DOCUMENT_TOKEN_TO_BE_REPLACED

"We are not opposed to Chelsea having fans at games in the long run, but we will not allow money from ticket sales to flow a sanctioned entity.

"Chelsea should spend less time worrying about having a few thousand fans at one game, and focus on moving their club into the hands of someone who isn't linked to a warmonger."

It comes after Chelsea owner Roman Abramovich was recently sanctioned by the UK government, resulting in him having all of his UK assets frozen - including Chelsea - with immediate effect.

As a result, the club has been gifted a special license to allow them to operate in all "football-related activities" until the end of the season, affecting other areas such as merchandise and ticket sales.

Only season ticket holders will be allowed to attend games at Stamford Bridge for the remainder of the season, however the club are in daily conversations with the government in an attempt to renegotiate some of the sanctions.