"They didn't look like they were playing an important match"

Jose Mourinho has had better nights. 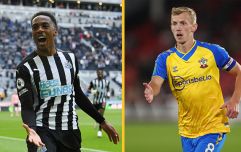 END_OF_DOCUMENT_TOKEN_TO_BE_REPLACED

His Tottenham side, leading 2-0 from their first leg against Dinamo Zagreb, lost 3-2 on aggregate to the Croatians, with a Mislav Oršić hat-trick dumping them out of the Europa League.

Speaking after the game, he made no attempt to hide his disappointment. Praising Dinamo's attitude, he compared this to his own side's lack of desire.

"Dinamo's attitude I believe is humble," Mourinho said."It is desire, motivation; it's pride to prove themselves that they have talent to prove to the world football market that they have quality so they played with a lot of desire.

"I can call it also professionalism. For me professionalism starts in the attitude. You must have attitude every day and every minute of every game. Then more talent or less talent makes a difference but what is never negotiable is attitude and they beat us on attitude.

"They left sweat, energy, blood. In the end they left even tears of happiness. Very humble and committed. I have to praise them. On the other side, my team.

"I repeat, my team, they didn't look like it was playing an important match. If for any one of them it is not important, for me it is.

"For the respect I have for my career and my job, every match is important. For every Tottenham fan at home every match matters. Another attitude is needed. To say I feel sad is not enough. What I feel is much more than sadness. 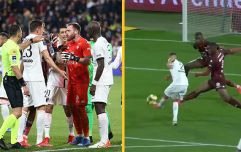 END_OF_DOCUMENT_TOKEN_TO_BE_REPLACED

"I can only apologise to the Tottenham supporters. I hope they feel the same way I feel. Today is live or die and in this moment we die. In some other matches I have the same feeling. Until the last day of the season we have to try and do our best."

Spurs must now rely on a top four finish to secure Champions League football for next season. They are currently six points behind Chelsea in fourth, with Villa away in the league at the weekend.

popular
Sabina Nessa: Primary school teacher murdered during 'five-minute walk to local pub'
Man poos out of penis and ejaculates from bum due to health condition
Brothers stabbed younger sibling to death through car window in frenzied 30-second attack
Schoolboy put in isolation because ‘one inch of haircut is too short’
Johnny Depp blasts cancel culture and says 'nobody is safe'
Applications to appear on the next season of Gogglebox are now OPEN
Insulate Britain protestor storms off GMB after clash with Richard Madeley
You may also like
Sport
Marcus Rashford's use of social media to be studied by GCSE media students
Sport
Premier League clubs agree on calendar ahead of 2022 World Cup
Sport
WATCH: Karim Benzema's best bits of the season so far
Sport
Pep Guardiola renews calls for U23 sides in lower leagues after win over Wycombe Wanderers
Sport
Gambling Commission criticised in review into Football Index collapse
Next Page