France are out of Euro 2020. Everybody's favourites before the tournament began have been knocked out, in a game that will go down in history as one of the all time great European Championship knock-out ties. 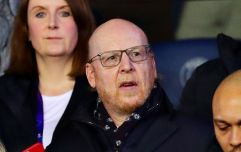 END_OF_DOCUMENT_TOKEN_TO_BE_REPLACED

After 120 minutes, six goals and many twists and turns, the sides could not be separated. And it was the Swiss who held their nerves in the penalty shootout, with golden boy Kylian Mbappé failing to score the decisive penalty.

It was no less than the Swiss deserved, after a fearless, composed and tireless performance all over the park.

Switzerland opened the scoring after just 15 minutes, as Haris Seferović towered above a helpless Clement Lenglet to send a thumping header past Hugo Lloris.

Absolutely brilliant header this. Could we be in for a shock? 👀 pic.twitter.com/HkoED9Mgc7

The Swiss held onto their lead for the remainder of the first half, as France struggled to create opportunities playing in an unfamiliar 3-4-3 system brought about by injuries to both left-backs in the squad.

Lenglet was sacrificed at half time for Kingsley Coman for some added width in attack, and it proved to be an inspired substitution. Though disaster almost struck for France after a slow start to the second half. 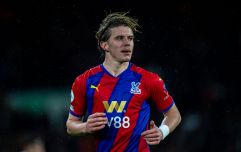 END_OF_DOCUMENT_TOKEN_TO_BE_REPLACED

Steven Zuber's deft chop inside sent Benjamin Pavard sliding desperately along the turf, taking Zuber down in the process and after a VAR check, conceding a penalty. Suddenly the Swiss had the chance to make it 2-0. Was this it? Were France pressing the self-destruct button?

Not yet, as it turned out. Hugo Lloris dived low to his right, getting a strong palm to Ricardo Rodriguez's penalty, his body shape giving away where he was going to put it long before he made contact with the ball. At that moment something seemed to change. France realised they had been given a fat slice of luck and were insistent they would take full advantage, immediately.

Didier Deschamps' side discovered another gear, pouring forward in their numbers, exchanging neat passes, eventually culminating in one of the best first touches you'll ever see from Karim Benzema, salvaging a pass that was too far behind him, and poking the ball past Yann Sommer with outrageous elegance. 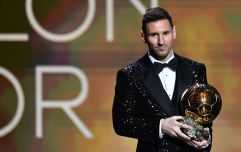 END_OF_DOCUMENT_TOKEN_TO_BE_REPLACED

Two minutes later, Benzema had the ball in the net again, nodding Antoine Griezmann's delicate chip over the goalline from less than a yard out. France now seemed in complete control, and extended their advantage 15 minutes later, as player of the tournament so far Paul Pogba sent a shot curling into the top corner beyond Sommer's grasp.

As he stood still from his shooting position, head nodding, arms crossed, it felt like a statement goal. You all forgot how good we were, huh? How good I was?

Let’s just enjoy that Pogba goal one more time. And maybe watch it again afterwards. Fuck it, I’m gonna watch this on a loop for the rest of the evening 🤩 pic.twitter.com/R8hDbXzQiI

But the Swiss refused to lie down and die. Seferović once again leapt higher than any France defender to make it 3-2; the sort of goal that makes you lean forward on your sofa and shout, 'HELLO'.

And then on the stroke of full time, Mario Gavranović latched onto a neatly threaded ball from Granit Xhaka (they do happen), brushed off Presnel Kimpembe's tackle, and unleashed a powerful shot hard and low past Lloris.

When you’ve just been dumped but Mr. Brightside comes on in the club pic.twitter.com/iViRB2lPVr

Kingsley Coman rattled the bar in the last second of normal time; one of many chances that will haunt French fans for a long while.

In the additional 30 minutes, Pogba played Mbappe through on goal, but the forward's ill-advised decision to let the ball roll across his body only made the chance more difficult, as he sliced it into the side netting. France were running out of luck, as penalties loomed.

Almost every penalty was put away with supreme composure, with Pogba scroing the pick of the bunch after a characteristically bold run up.

Switzerland's Ruben Vargas put just enough power on his spot kick for Lloris to keep out, and it fell on Mbappé, who had been disappointingly quiet throughout the tournament, not to miss France's fifth penalty.

Opting to shoot to the goalkeeper's right, Mbappé put the penalty at a nice height for Sommer, who palmed the ball away, thankfully keeping his foot on the line.

It may be tempting to think this result throws the tournament wide open, and it does to an extent. But if it's taught us anything, it's that no team who's made it this far should be underestimated.