END_OF_DOCUMENT_TOKEN_TO_BE_REPLACED

You know it's good for you, and you eventually do it for the sake of your team, but sometimes you just forget.

As we enter into squeaky bum period of Christmas all FPL managers need to remain incredibly vigilant about gameweeks, when they start and when they end, and when the next one starts.

It is why we do these articles, to remind you of the need to not forget what needs to be done.

So in that spirit, and the Christmas spirit, here's our five picks for Gameweek 18.

When a new manager comes into a club there can often be a phenomenon widely known as the "new manager bounce". With Jose Mourinho now gone from Manchester United and his toxic style of gaslighting players now gone with him, one can logically expect a "no Jose bounce" at Old Trafford. Mourinho fell out with a lot of players at United, and none more so than Pogba, who was consigned to the bench for Jose's final game: the 3-1 defeat at Liverpool. 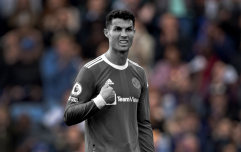 END_OF_DOCUMENT_TOKEN_TO_BE_REPLACED

Expect Pogba right back in the Manchester United line up against Cardiff, potentially even as captain, and expect him to play like the weight of a 55-year-old Portuguese man has been lifted from his shoulders.

On Saturday Rondon will find himself facing a Fulham defence which is on course to be the worst in Premier League history and he will be relishing his chances at St. James' Park. At £5.8m he is an absolute steal, and well worth getting. 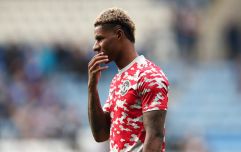 END_OF_DOCUMENT_TOKEN_TO_BE_REPLACED

The Premier League table and conventional wisdom would say that selecting a Southampton defender for your FPL is nothing but folly, but the Saints' resurgence under new manager Ralph Hasenhuttl - exemplified by their 3-2 home victory over Arsenal at the weekend - sort of changes things.

While their defence remained quite shaky against Arsenal, at least one of the Gunners' goals was a massive fluke, and Matt Targett - the Saints' left-back - produced an impressive display and assist to Danny Ings.

With the Premier League's worst attack in the form of Huddersfield up next, Southampton can be confident of sealing a clean sheet at the John Smith Stadium.

Similar to Paul Pogba, Anthony Martial has on occasion found himself subject to the ire of Jose Mourinho. His Manchester United career under Jose has gone thusly: score a goal, start the next game; fail to score a goal, immediately dropped. That should change under Solskjaer, especially considering that Martial is one of the club's bonafide stars and one the club's hierarchy should be dead set on keeping.

To Martial's credit, he has been one of United's best players this season, scoring seven league goals, and he's likely to only get better with a more positive climate at the club. Like Pogba, he's decent value, so he's well worth a go.

Though the former Barcelona winger has only amassed 35 points in FPL this season, it is worth noting that in games in which he has played more than 60 minutes he has achieved an average score of 6.2 per game.

His last match, a 3-2 home victory over Cardiff, saw him provide an assist and score a cracker, and suggested that he is coming into form at the perfect point in the season. Against West Ham on Saturday he'll come up against a team which has both scored and conceded 25 goals in their 17 league games.

There's likely to be goals between the sides and if that's the case, few Watford players are as dangerous as Delofeu.

Join the investment community for the fans - eToroFC.com