Despite City wanting him to stay with them, the 18-year-old moved to Borussia Dortmund in the summer of 2017 in search of first team football. In the early weeks of the new Bundesliga season, Sancho has been a regular fixture for the club - his impressive form earning him his first call-up for England.

END_OF_DOCUMENT_TOKEN_TO_BE_REPLACED

Now, after Sancho made his senior international debut from the bench in England's goalless draw with Croatia on Friday, it's being reported that Dortmund are eyeing a move for one of his former City teammates.

Phil Foden, who has played alongside Sancho for City and England younger-age sides, is also being linked with a move to Germany. The midfielder was expected to feature regularly for the Premier League champions this season but remains on the fringes of Pep Guardiola's first team, with the Daily Mail now claiming this has sparked interest from Dortmund.

Foden is a City fan and has been with the club since he was six. This considered, it's unlikely to see him opt to make such a move, the same report pointing out that it's more likely he will extend his current contract at The Etihad, which expires in 2020.

Guardiola admitted after City's win over Fulham three weeks ago that he felt "guilty" that Foden hadn't played more minutes during the early weeks of the season, vowing that he would play more regularly as the season progressed.

"Phil Foden will play a lot of games this season - I feel it. The guys after the game were so tired, we have games, games, games, he's going to play. I like him a lot. Every time he plays, he plays so good. He will play minutes."

Since then, the midfielder has scored his first goal for the club in the Carabao Cup win over Oxford United. 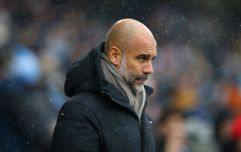 END_OF_DOCUMENT_TOKEN_TO_BE_REPLACED

As well as Dortmund, RB Leipzig are also said to be monitoring Foden's situation, as are French champions Paris Saint-Germain. Such interest - particularly from German clubs - is another reminder that the Bundesliga continues to offer talented young English player first team opportunities years before they can expect to be given a chance in the Premier League.

As well as Sancho's transfer to Dortmund, Adama Lookman (RB Leipzig), Reece Oxford (Borussia Mönchengladbach) and Reiss Nelson (Hoffenheim) have opted to move to Germany on loan deals instead of waiting for first team opportunities in the English top flight.