In April 2007, the pair of strikers couldn't be separated when the time came to vote for the Premier League's Player of the Month award. 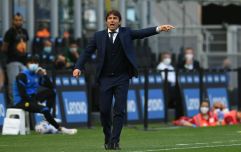 END_OF_DOCUMENT_TOKEN_TO_BE_REPLACED

For just the fifth time in the league's history, two players shared the award after they scored seven out of Spurs' eight goals that month.

Spurs fans look back fondly on the seemingly telepathic relationship that existed between the Bulgarian and the Irishman.

And their bromance has carried on into the autumns of their respective careers.

While most recently they were rivals in the Indian Super League, neither has had a bad word to say about the other since they both left White Hart Lane in the summer of 2008. 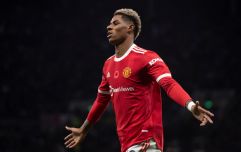 END_OF_DOCUMENT_TOKEN_TO_BE_REPLACED

Berbatov and Keane reunited on the Soccer AM couch this weekend and joked with each other like old friends reminiscing about the glory years.

And when it was put to the pair that it would be interesting to see them take their double act to the dugout in the coming years, they both had a brilliant response ready to go.

🗣️ Lloyd: “What about a management duo?”

😎 Berba: “I’d be the face.” pic.twitter.com/2VuTOQuriy 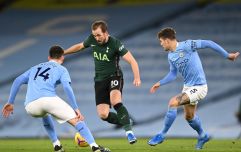 END_OF_DOCUMENT_TOKEN_TO_BE_REPLACED

"I'd have to do all the work. That'd be the problem," Keane responded.

"I would be the face," Berbatov insisted, sending the entire studio into hysterics.

popular
Amber Heard says her sister taught Johnny Depp to snort cocaine with a tampon
Lip readers analyse what Johnny Depp’s lawyer told him as they celebrated in court
Wagatha Christie: Wayne Rooney describes 'awkward' moment he asked Jamie Vardy to get his wife to 'calm down'
Julia Fox says Amber Heard was not 'powerful enough' to abuse Johnny Depp - and people are divided
Martin Skrtel retires from football due to health reasons
Coca-Cola announces change to its bottles
Amber Heard carried a make-up kit 'at all times' to cover bruises, court hears
You may also like
Sport
Jose Mourinho had the best reaction to being sacked by Tottenham
Sport
The cost of Tottenham sacking Mourinho revealed
Sport
Fans react as Mourinho is sacked by Spurs hours after ESL announcement
Sport
Jose Mourinho has sent Alfie Devine back to the youth team
Sport
Tottenham set to land Wales and Swansea centre-back in £18 million deal
Next Page