Cristiano Ronaldo will get the headlines, but Diego Costa offers Spain exactly what they have lacked

The 2018 World Cup burst into life on Friday night. Russia's 5-0 victory over Saudi Arabia on Thursday got the tournament underway, and there were two games before Friday's Iberian derby - Uruguay's 1-0 win over Egypt and Morocco's 1-0 defeat to Iran - but the first match of genuine top-class quality came in Sochi.

Spain and Portugal played out a fantastically entertaining tie in Group B that finished 3-3.

The European Champions won a penalty after just four minutes, after Nacho was adjudged to have fouled his Real Madrid teammate Cristiano Ronaldo.

Here is the penalty on Ronaldo that led to his goal... or was it?https://t.co/vhrNYX811J

Ronaldo, as he always does, dispatched the spot-kick to become the fourth player in history to have scored at four World Cups.

END_OF_DOCUMENT_TOKEN_TO_BE_REPLACED

Spain then took control of the game, dominating possession as Portugal sat deep and sought to play long to beat their opponents' high press. Isco, Andres Iniesta and David Silva combined and looked a threat but Spain got back into the game came from an unlikely route.

Sergio Busquets hit a long ball forward towards Diego Costa, who jostled with Pepe, turned away from two Portugal defenders, shifted the ball back onto his stronger right foot and created enough space to get a low shot away and past Rui Patricio.

Ronaldo put Portugal back in front when David de Gea dropped his shot into the net just before half-time. 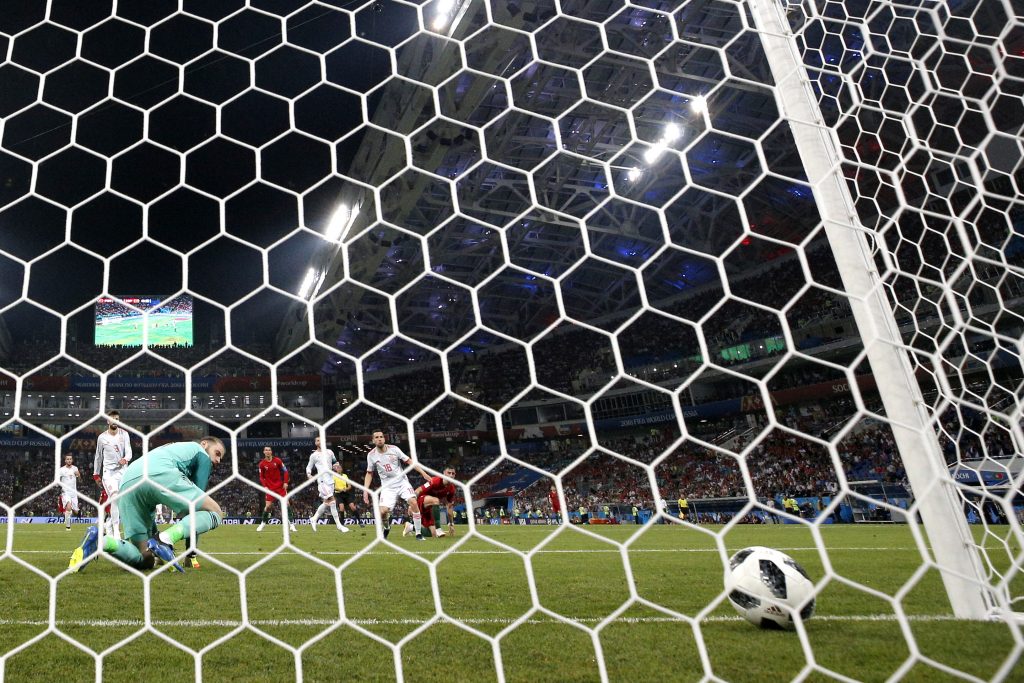 END_OF_DOCUMENT_TOKEN_TO_BE_REPLACED

But Costa responded again to draw Spain level after the break.

The 2010 World Cup winners won a free-kick 30 yards from goal and Silva floated a ball to the back post. Busquets his header and knocked it across the goal-line, where Costa was ready and waiting to bundle the ball over the line.

#POR 2-2 #ESP
Costa, he does not miss from there. Game on in Sochi, again. Follow the action here #RTEsoccer #WorldCuphttps://t.co/oxiH0RMLa9 pic.twitter.com/NKPuxTLOzh

On his 20th cap, the Atletico Madrid forward got the eighth and ninth goals of his Spain career, and helped drag his team back into the tie. 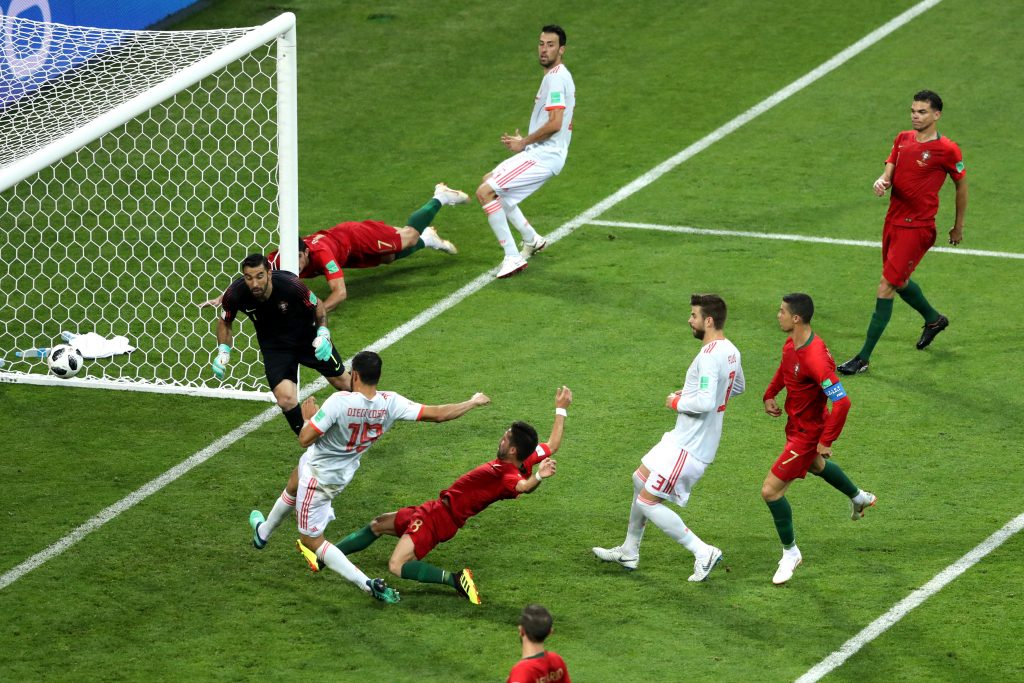 Nacho's wonder strike looked to have won Spain the game, and put them in pole position to win the group, until Ronaldo popped up again to score his third with an incredible free-kick.

Hat-trick for @cristiano, who does not score at #worldcup finals supposedly #POR 3-3 #ESP #RTEsoccerhttps://t.co/oxiH0RMLa9 pic.twitter.com/1KH0bwvt4K

As he always does, Ronaldo will get the headlines tomorrow, but Costa deserves a mention for his excellent performance. He offers Spain something that have lacked in recent years, a more direct option capable of stretching the opposition.

The Brazilian-born striker was brilliant on Friday night. He hassled and harried Portugal's central-defenders, dragged them out of position and rarely gave them a moment's rest. He appeared to elbow Pepe in the build-up to his first goal, but it's Pepe, and to rescind the goal would have been cruel after all Costa's hard work.

It's not like Pepe doesn't deserve an elbow every now and again.

Costa also complimented Spain's midfield wizards. He helped create space with his runs and occupied Portugal's defenders. He is also the only player in the Spain squad who could have scored those type of goals against Portugal.

If Spain are to go far in this tournament, Costa will be crucial.