Cristiano Ronaldo has become the most high profile footballer to date to test positive for coronavirus, after the news was confirmed by the Portuguese football federation on Tuesday. 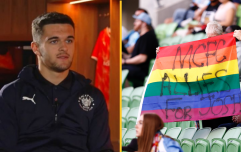 END_OF_DOCUMENT_TOKEN_TO_BE_REPLACED

The Juventus striker and Portugal captain tested positive after his country's international fixture with France, a match which ended goalless.

A statement by the Portuguese football federation read: "Cristiano Ronaldo was released from the work of the National Team after a positive test for COVID-19, so he will not face Sweden.

"The Portuguese international is doing well, without symptoms, and in isolation.

"Following the positive case, the remaining players underwent new tests this Tuesday morning, all with a negative result, and are available to Fernando Santos for training this afternoon, in Cidade do Futebol."

CONFIRMED: Cristiano Ronaldo has tested positive for Covid-19, according to the Portuguese football federation pic.twitter.com/0QEyrOPfkU 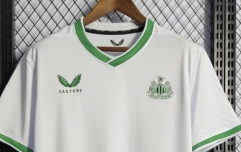 END_OF_DOCUMENT_TOKEN_TO_BE_REPLACED

Ronaldo's diagnosis is just the latest in a slew of international footballers who have tested positive for the virus while on international duty.

A week ago, Liverpool's Swiss forward Xherdan Shaqiri tested positive while on international duty, while on Thursday Irish internationals Aaron Connolly and Adam Idah were forced to withdraw from their Euro 2020 play-off semi-final after testing positive. It's understood that their results were false positives.

END_OF_DOCUMENT_TOKEN_TO_BE_REPLACED

There has been intense criticism aimed at FIFA and UEFA for their refusal to postpone or cancel the latest round of international fixtures at a time when Covid-19 cases are soaring worldwide, and particularly in Europe.