From League One to Ligue 1?

Lee Cattermole might just have picked up his last yellow card in a Sunderland shirt. 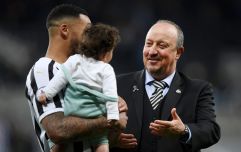 END_OF_DOCUMENT_TOKEN_TO_BE_REPLACED

The Black Cats are reportedly keen to get rid of the 30-year-old and his £40,000-a-week wage after being relegated from the Premier League down to League One over the course of the last two seasons.

With the transfer window now closed to English clubs, Cattermole will have to leave the country if he does secure a move away from Sunderland.

According to one report, Bordeaux are interested in a deal for the former Middlesbrough and Wigan Athletic midfielder. Gustavo Poyet, Sunderland manager between 2013 and 2015, is now in charge at the Ligue 1 club and teamTALK claim the Uruguayan is keen to work with Cattermole again in France.

The report adds that Bordeaux, who finished last season in sixth place in the French top tier, may initially take Cattermole on loan with a view to a permanent deal at a later date. However, should a loan move be agreed, Sunderland would have to continue to pay some of his wages.

Sunderland followed an opening day 2-1 win over Charlton Athletic with a 1-1 draw away at Luton Town on Saturday. Cattermole appeared as a second half substitute in the game, replacing Bali Mumba in the 54th minute.

popular
'Super recogniser' draws 'accurate' modern Maddie McCann to help police find her
Park dubbed 'UK Disneyland' confirmed to go ahead next year
Mum in jail for murder pays tribute to son, 6, killed by his dad and new girlfriend
The JOE Friday Pub Quiz: Week 272
Chilling video shows moment step mum tried to get away with murdering boy, 6
Bride faints on groom, vomits and gets pooed on during ceremony
Man suing company after being 'hung upside down like meat' at Christmas party
You may also like
News
100 Easter eggs for vulnerable children stolen from church
Life
Teaching Sunderland slang to a Londoner
Sport
Sunderland player involved in pitchside altercation with Portsmouth supporters
Sport
John O'Shea announces he is set to retire at end of season
Sport
After Roy Keane's attempt to sign him at Pizza Express, Mido knew it would never work
Next Page