A late Marcus Rashford goal against Valencia was not enough to inspire an even later equaliser for Jose Mourinho's side and United stay in second place of Group H as a result.

END_OF_DOCUMENT_TOKEN_TO_BE_REPLACED

United's captain, Valencia, picked up a nasty injury as well as a booking after just 10 minutes of the match at the Estadio Mestalla.

Valencia flew into a challenge with Toni Lato and some believed that the reckless nature of the tackle was enough to warrant a red card for the Ecuadorian right-back.

But referee Georgi Kabakov was of the opinion that a yellow would suffice and Valencia was allowed to remain on the pitch and he remained there for the duration of the game.

Lato was replaced shortly after half-time, meanwhile, and showed off his battle scars after the game.

However, there was very little sympathy from Valencia as he showed off the damage he sustained in the game too and accompanied the photograph with the 'shush' emoji.

The 33-year-old posted the below to his Instagram Stories on Thursday afternoon. 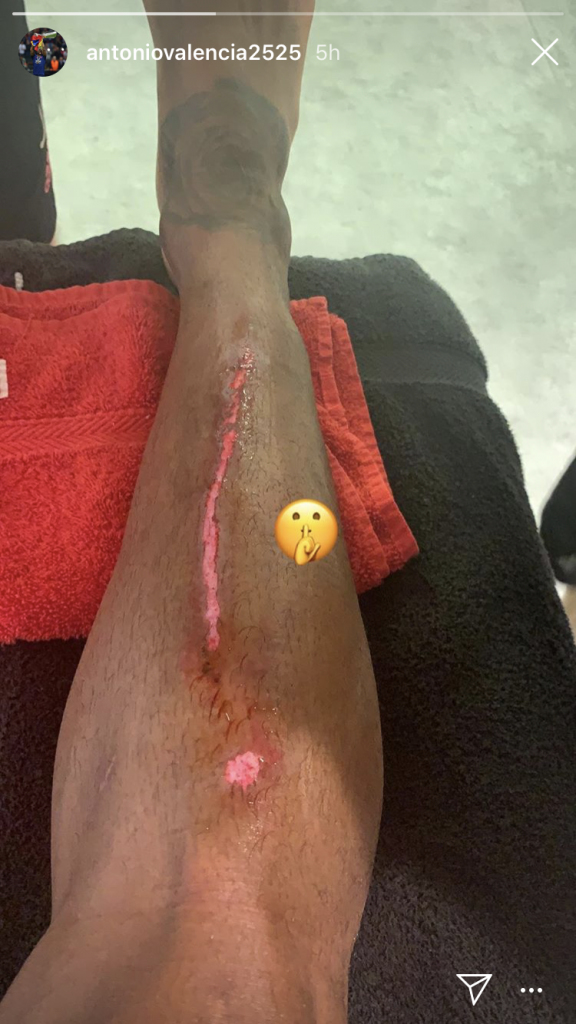 Next up for United is the little matter of a trip to table-topping Liverpool and Valencia was not mentioned as an injury doubt by Mourinho after the midweek game despite the gruesome nature of the wound on his shin.