Tell us how you really feel

An SNP MEP launched a scathing attack on the Brexit Party in a TV interview. 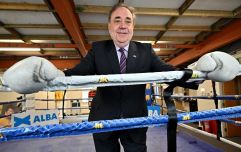 A trans-rights culture war is overshadowing the Scottish independence debate

END_OF_DOCUMENT_TOKEN_TO_BE_REPLACED

Alyn Smith looks set to be re-elected following a great night for the SNP, and he did not hold back when speaking to Sky News about his victory.

In a no-holds-barred interview, he called the Brexit Party "shysters" and questioned their funding.

"Well, I've been doing this fifteen years now, and I'm about to enter my fourth term, and I've seen these shysters come and go," Smith said, "And the only question about the Brexit Party now is which laws they have broken and where their campaign finances have come from, and we'll find that out after the campaign.

"But they're a shell company that's a money laundering front and I have absolutely no doubt they'll be shown to be every bit as feckless as their predecessors in UKIP were." 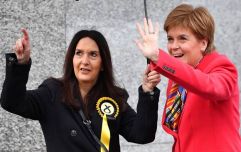 END_OF_DOCUMENT_TOKEN_TO_BE_REPLACED

The SNP looks set to increase their number of MEPs from two to three, with their share of the vote increasing from 29% to 37.9%. As of writing, 31 of the 32 Scottish council areas have declared their results.

Alyn Smith was first elected in 2004, and at that point was Scotland's youngest MEP.