The Mayor of London has a message for Brexit Day

Three and a half years after the referendum, the UK is set to leave the European Union today, 31st January 2020. It is a day filled with raw emotions from both sides. 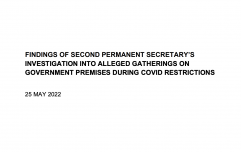 END_OF_DOCUMENT_TOKEN_TO_BE_REPLACED

Despite this, Mayor of London Sadiq Khan has remained dedicated to progressive European values as Britain enters its final hours inside the European Union. We spoke to Khan on this historic day, as he passionately laid forth his vision for London heading into this new era of British politics.

"We're still going to love croissants and cappuccinos, that's not going to change."

This is his message of tolerance and hope in the face of populist flag waving by the Brexit Party.

popular
Ricky Gervais finally says what we're all thinking about the Johnny Depp Amber Heard case
New Time Traveller's Wife series airs 'incestuous' oral sex scene that has left everyone divided
Binley Mega Chippy: What is it and why is it all over my timeline?
The JOE Friday Pub Quiz: Week 296
Gangland enforcer charged £6K to attack victims with acid and £10K to blind them
Wimbledon to drop Mrs and Miss on women’s honours board to match men's titles
Japanese man spends £12,480 to look like a border collie - and it kind of works
You may also like
News
Partygate: Legal action launched over Police's ‘failure to adequately investigate’ Boris Johnson
News
Partygate: Full list of Tories who have called for Boris Johnson to resign
News
Texas shooting: Powerful moment lawmaker gets emotional on Senate floor over school massacre
News
Town councillor quits as 'claims he is graffiti artist Banksy make it hard for him to do his job'
News
Partygate: First photos of Boris Johnson on the piss during lockdown
Next Page