After Dominic Cummings' branded Sir Keir Starmer a 'total dud,' PoliticsJOE spoke to former and current Labour advisers to find out if they agree - they do

END_OF_DOCUMENT_TOKEN_TO_BE_REPLACED

Cummings, writing on his blog, described Starmer as a “total dud”, a “total failure” and a “dead player”.

It’s been a rough couple of weeks for Labour. The Conservative party of “low tax” has overseen a rise in National Insurance, and the only thing soaring faster than our energy bills are coronavirus cases.

Despite all this, the Conservatives are still polling 5 points ahead.

The problem for Cummings is Starmer's focus on thought-terminating cliché that leaves "no mark on the news, never mind public consciousness”.

It's also to do with Starmer's inability to spot the Prime Minister's blatant blunders and a party decision to not challenge governmental mistakes.

An example: when asked at Conservative party conference about failing supply chains, Boris Johnson told reporters it was “not my problem”.

According to his former adviser, the prime minister made a catastrophic mistake that should be an instant-win, but Starmer simply didn't see it.

Cummings said the error was so blatant, and so ripe for Labour picking, the Labour leader must be "just so rubbish" he "couldn't exploit the error".

So what do Labour insiders think? 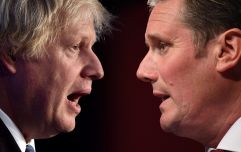 Apoplectic speaker tells PM "In this House, I'm in charge"

END_OF_DOCUMENT_TOKEN_TO_BE_REPLACED

One current adviser told PoliticsJOE: “Sadly, there’s a lot of truth to what Cummings has said.

“What I’ve learnt is that Keir doesn’t know what to say a lot of the time, because he’s not guided by anything.

“He doesn’t have strongly held opinions or values. He is a textbook careerist and I think most people have realised that”. 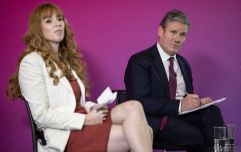 END_OF_DOCUMENT_TOKEN_TO_BE_REPLACED

A former adviser contested Cummings’ claims. Labour had spotted the error, but a recent breakdown in internal party comms meant advisers were running around like “headless chickens” who “couldn’t coordinate a school trip”.

The same adviser said Cummings was not capable of hurting the Labour party half as well as it was currently hurting itself.

Perhaps a shake-up in leadership could solve the Labour party’s woes?

A current Labour adviser told PoliticsJOE they agreed: "He says we need a Midlands woman? Well, some of us said this originally the first time round".

A former adviser said they didn’t think Nandy was quite ready for the job.

Have you ever wondered what it’s like to win an election?

Cummings told readers that “winning political campaigns” have “hot women and beer and pizza and music in the office on Friday and Saturday night because the place is bursting with energy”.

What have we learnt?

According to Labour advisers, Dominic Cummings might have a few points.