With just under a year until the United Kingdom’s exit from the European Union becomes official, the number of workers seeking to leave Britain has returned to highs not seen since the days immediately following the Brexit referendum in 2016. 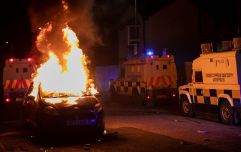 END_OF_DOCUMENT_TOKEN_TO_BE_REPLACED

According to data released by job site Indeed, the share of UK jobseekers looking for EU-based roles has risen to 15.2 per cent above pre-referendum levels, with Ireland proving the most popular destination amongst EU member states, attracting more than a fifth of searches.

Ireland was the most popular destination for workers seeking to leave the UK post-Brexit, attracting 21.4 per cent of searches on Indeed, followed by France (17.5 per cent), Spain (12.8 per cent) Germany (11.7 per cent) and Italy (8.2 per cent).

The aftermath of the Brexit referendum in 2016 saw a massive spike in searches for jobs abroad and while that spike quickly subsided, the steady increases seen in 2017 and 2018 hint at a more significant, sustained trend.

Commenting on the data, Tara Sinclair, economist and senior fellow at Indeed, said: “Brexit has dominated the EU landscape and also the relationship between the UK and Ireland for two years and this is also reflected in the labour market. Proximity plays a role, and it makes sense that we are seeing the UK’s nearest neighbour and fellow English language-speaking member state attract the largest share of jobseekers.”

“A ‘Brexodus’ is once again a very real possibility,” Sinclair added.

“While the initial spike in Britons’ searches for EU jobs might be dismissed as a knee-jerk reaction - inspired by either curiosity or panic - 2018’s steady and sustained return to those levels suggests more Britons are thinking more seriously about a move to elsewhere in the EU.

“Job search patterns give us a strong indication of workers’ future movements - making them especially helpful in these uncertain pre-Brexit times.”

popular
Nigel Farage 'pranked' into wishing happy birthday to 'Huge Anus'
Adam Perkins, known for 'Welcome to Chili's' Vine, dies aged 24
Real Madrid team bus attacked upon arrival at Anfield ahead of Liverpool clash
Iran state TV censors Tottenham vs Man Utd broadcast because of assistant ref
Female personal trainer shares the creepy messages she receives from men on social media
People fighting over name of game where you knock on someone's door and run away
Liverpool issue apology for damage caused to Real Madrid team bus
You may also like
News
Brits refused entry to Spain and sent back to UK under new post-Brexit rules
News
British immigrants 'in tears' after being told to leave Spain
News
UK Exports to EU plummet by £5.6bn in first month post Brexit
News
What does the Budget mean for us?
News
How to apply for a free Global Health Insurance Card
Next Page