Gary Neville has hit out at Mayor of London Sadiq Khan regarding the struggles faced by the hospitality sector during lockdown.

END_OF_DOCUMENT_TOKEN_TO_BE_REPLACED

Khan posted a tweet from his official Mayor of London account which highlighted the 'devastating' impact Covid-19 has had on the industry.

Former Man Utd captain Neville responded by asking "Where have you been for 12 months?"

Since retiring, Gary Neville has built up an extensive property portfolio.

He owns a number of hotels and bars across England, and is also a co-owner of League Two outfit Salford City alongside former Manchester United 'Class of '92' teammates Ryan Giggs, Paul Scholes, Nicky Butt and brother Phil Neville. 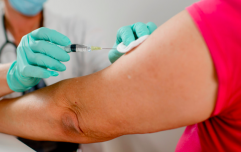 END_OF_DOCUMENT_TOKEN_TO_BE_REPLACED

This isn't the first time Neville has taken aim at those in positions of power.

He previously called the current Tory government the 'biggest set of charlatans to ever be elected'.

On December 17th 2020, when Manchester was plunged into a Tier 3 lockdown while London remained in Tier 2, Sky Sports pundit Neville tweeted: "They released 5 key criteria 2 weeks ago to measure Tiers by. Manchester is lower than many T2 areas were 2 weeks ago. Today the government ignored their own criteria. The biggest set of charlatans to be ever elected."

Sadiq Khan's report comes amidst concerns of further coronavirus mutations spreading across England. Yesterday, door-to-door swab tests began in parts of Surrey after two people with no links to South Africa were found to have caught that country's Covid-19 variant.

These tests are also expected to be rolled out into parts of London, Kent, Hertfordshire and Walsall in the West Midlands.

Today, Health Secretary Matt Hancock told the House of Commons that 'mutations of concern' had also been found in Liverpool and Bristol.

popular
Shocking footage shows moment man is killed by his own brothers
Addison Rae banned from TikTok
Sir David Amess: Suspect named as police hold him under Terrorism Act
The Batman trailer has just dropped and it looks absolutely unreal
The JOE Friday Pub Quiz: Week 265
Man Utd defend decision to make 10 minute flight to Leicester for Premier League clash
Jeff Stelling loses it on Soccer Saturday after Brighton denied blatant penalty
You may also like
News
Schools could open on weekends to help kids catch up after Covid closures
Life
Two-thirds of under 30s report suffering from 'Covid back'
Sport
Unvaccinated Premier League players face exclusion from plans to relax red-list rules
Sport
Thomas Tuchel says it's not his place to tell players to get vaccinated
News
New York could use National Guard to replace unvaccinated health workers
Next Page