Tell us what you really think, Gary

Gary Neville has labelled the Tory government the 'biggest set of charlatans to ever be elected'. 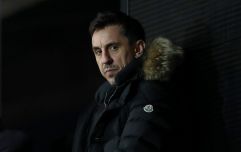 END_OF_DOCUMENT_TOKEN_TO_BE_REPLACED

The former Manchester United captain is renowned for his acerbic footballing analysis, but on this evidence his political commentary seems no different.

On the day it was announced that Manchester would remain in Tier 3 - the strictest level of coronavirus lockdown - Neville launched a scathing critique of Boris and co.

They released 5 key criteria 2 weeks ago to measure Tiers by. Manchester is lower than many T2 areas were 2 weeks ago. Today the government ignored their own criteria. The biggest set of charlatans to be ever elected . 👋

Sky Sports pundit Neville said: "They released 5 key criteria 2 weeks ago to measure Tiers by. Manchester is lower than many T2 areas were 2 weeks ago. Today the government ignored their own criteria. The biggest set of charlatans to be ever elected."

This isn't the first time Gary Neville has criticised the current government.

Just two weeks ago, Neville told Sky News that the government is "out of depth". However, he also used the occasion to take a jab at Keir Starmer and Labour, whom he referred to as "sitting in the stands". 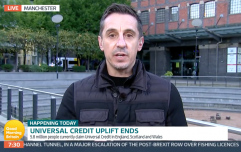 END_OF_DOCUMENT_TOKEN_TO_BE_REPLACED

"When you're elected and you're in that seat in Westminster, you take a position - you don't abstain.

Neville's thoughts on the new tier system were echoed by political leaders in the Greater Manchester area.

In a message also posted on Twitter, Sir Richard Leese, the leader of Manchester council said: "Even though our numbers are better than either London or Liverpool's were three weeks ago, still in Tier 3. Unbelievable!"

Mayor of Greater Manchester Andy Burnham said he was "disappointed and frustrated" with the decision to keep Manchester in Tier 3. 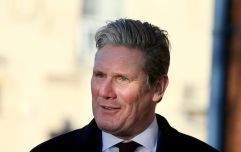 END_OF_DOCUMENT_TOKEN_TO_BE_REPLACED

Burnham said: "One thing is we haven't been singled out. Nowhere in the north is changing.

"But when it was the other way round, only the north got restrictions. Now London and South East has rises, the whole country has restrictions. It doesn't feel even-handed."