Are Britain's measures against the COVID-19 outbreak too little, too late?

Are the British measures against COVID-19 too little, too late?

Britain's initial response from government to the outbreak of the coronavirus was something that could be simply summed up with a shrug of one's shoulders. The prime minister Boris Johnson reacted to the news of the outbreak in the United Kingdom by suggesting earnestly that one course of action may be to allow the virus to work its way through the population, resulting - sadly - in some deaths.

This then became de facto policy, known as 'herd immunity', which would see the majority of the population contract the virus, leaving the majority of us immune. Some people, Johnson reiterated, would pass away before their time.

Amid boasts of shaking people's hands at hospitals where patients of the virus were being treated, and not wearing gloves, somewhere along the line the government appeared to slowly come to terms with the gravity of the situation.

Britain was given a head start to tackle the coronavirus as it spread through other countries.

Much of that time has been wasted. pic.twitter.com/fZwZjEON5m 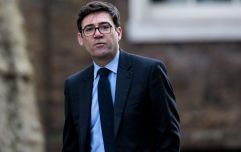 Andy Burnham: How will COVID-19 change our society?

END_OF_DOCUMENT_TOKEN_TO_BE_REPLACED

In recent days, the 'herd immunity' school of thought has gone by the wayside in favour of 'updated science', or as it's called, simply, science. British pubs are now closed, as are many restaurants and cafes, who are opting to deliver takeaway food rather than host people in their premises.

Workers who are not on the front lines of emergency work or shops are being urged not to go to work and not leave their homes unless it is necessary to do so. These are measures being supported by all but the most click-hungry contrarians, but they may still be too late.

Despite being given a head start in the form of what has happened in Italy, Britain has wasted it. It will likely cost lives.

You may also like
Politics
Sadiq Khan: Will London be shut off from the rest of the UK?
Politics
Nadia Whittome: UK's youngest MP is returning to care work to help fight Covid-19
Politics
Emily Thornberry: Is China accurately reporting COVID-19 cases?
Politics
PMQs: Boris Johnson and Jeremy Corbyn clash over coronavirus and Priti Patel bullying allegations
Music
KNEECAP answer the most annoying questions Irish people get asked
Next Page